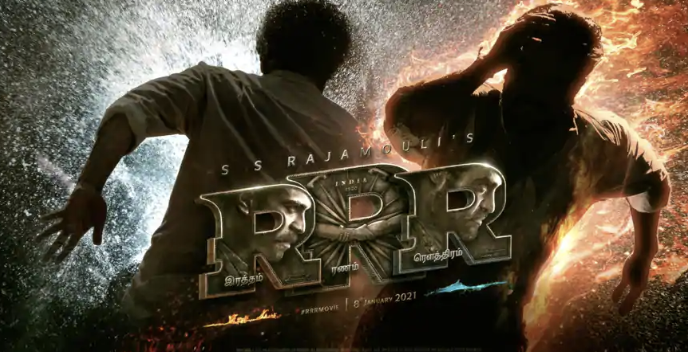 SS Rajamouli’s upcoming magnum opus has been titled Roudram Ranam Rudhiram, its makers announced on Wednesday on the occasion of Telugu New Year Ugadi. The title was unveiled via a motion poster. The motion poster introduces the film’s lead characters Ram Charan and Jr NTR in lead roles.

While the film is titled Roudram Ranam Rudhiram in Telugu, it’s titled Raththam Ranam Rowthiram in Tamil and Rise Roar Revolt in Hindi. In RRR, NTR and Ram Charan play brothers in the modern day portion and will be seen as Komaram Bheem and Alluri Sitarama Raju in the period portion which will be the flashback episode.

RRR will release in ten Indian languages on January 8, 2021. Presented by D. Parvathy, the film is being produced under the DVV Entertainments banner by DVV Danayya. The producer has already made it clear that the film will be made with high standards that will elevate the stature of Telugu cinema even further after Baahubali