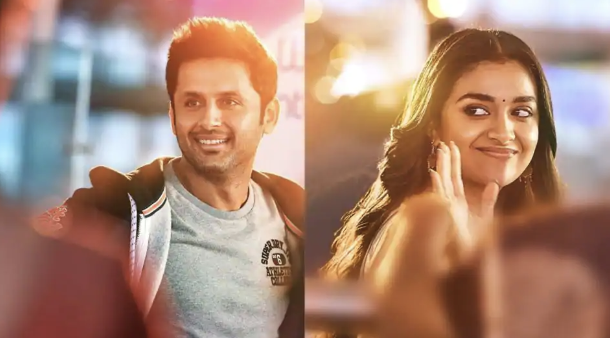 Nithiin reportedly plays a character called Arjun while Keerthy will be seen as Anu in the film. Last seen on screen in Telugu romantic comedy Bheeshma, which turned out be a blockbuster; Nithiin’s immediate release will be Rang De, which is scheduled to hit the screens in May.

The film, which has music by Devi Sri Prasad, marks the maiden collaboration between Nithiin and Keerthy Suresh. Meanwhile, Nithiin will soon star in the yet-untitled Telugu remake of Bollywood hit, Andhadhun. Nithiin also has a yet-untitled Telugu project with filmmaker Chandrasekhar Yeleti in his kitty.

Keerthy, on the other hand, also has Telugu sports comedy with director Nagesh Kukunoor in her kitty. The film also stars Aadhi Pinisetty, Jagapathi Babu and Rahul Ramakrishna in pivotal roles. Devi Sri Prasad has been roped in to compose music. Keerthy will also be seen in actor Rajinikanth’s Annaatthe, which also stars Meena and Khushbhu in pivotal roles. The film is being directed by Siva, best known for helming Veeram and Viswasam.