Actor-filmmaker Sripriya has written and directed a short film titled Yasodha in lockdown. Inspired by Gautham Menon, Sripriya is the latest one who has joined the fray with her short film. The short film stars Naseer, Nithya Ravindran, and Sripriya herself in a pivotal role.

Yasodha narrates the story of a woman diagnosed with Alzheimer’s disease during the lockdown. It’s a 25-minute short film which has been shot entirely on an iPhone. On the music front, Krishh has scored the music for the short film. 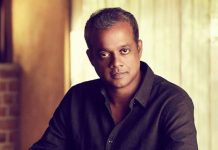