Last seen playing a cameo in Ashok Selvan-Ritika Singh’s romcom Oh My Kadavule, actor Vijay Sethupathi has a slew of films in different stages of production. While fans eagerly wait for updates on Master, his film with actor Vijay, the first look from his Tughlaq Durbar, jointly directed by Delhiprasad and Deenadayalan, has been released.

The poster shows Vijay Sethupathi seated on a table and a huge golden coin placed in front of him bearing the film’s title. In the reflected image, Vijay Sethupathi spots a grin while he has a straight face in the other. As miniature golden birds flutter above his head, the poster gives the feeling that the film may have elements of comedy and fantasy. 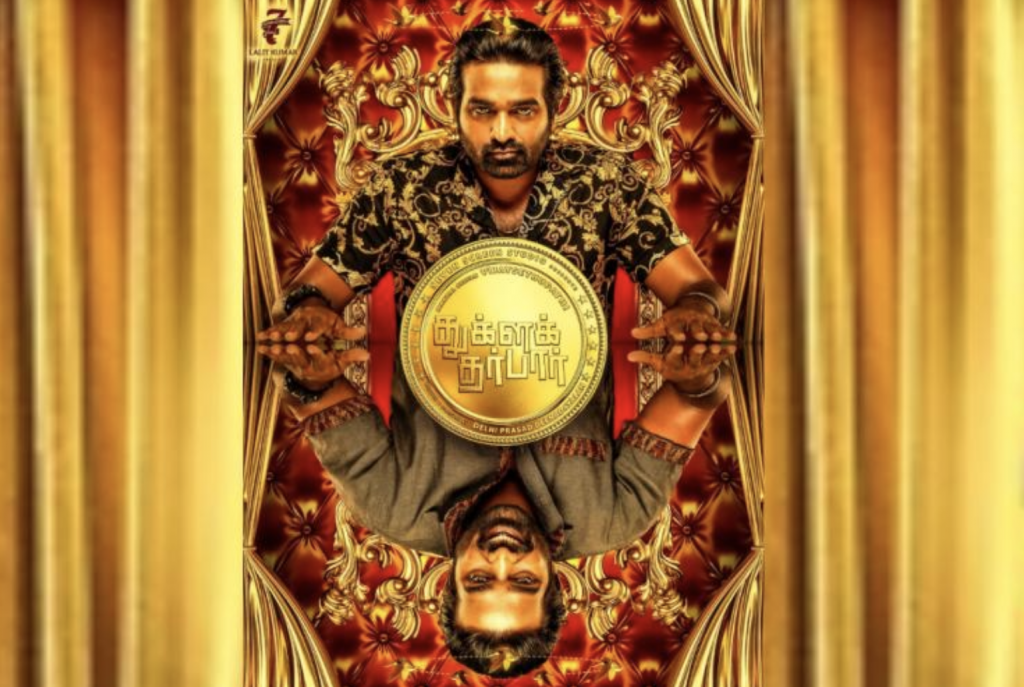 It was announced earlier that the film will be based on politics and Vijay Sethupathi will be playing the role of a politician in it. ‘Durbar’ refers to a courtroom and ‘Tughlaq’ could be a reference to the famous Delhi Sultan, Mohammad Bin Tughlaq.

In Telugu, he has Uppena and Pushpa. The actor has also been roped in for Aamir Khan’s Laal Singh Chaddha, loosely based on the Hollywood hit film Forrest Gump that was released in 1994.

His most awaited Master is with actor Vijay and the film has been directed by Lokesh Kanagaraj. The film was scheduled to release on April 9 but has been indefinitely postponed due to the lockdown.