Sarath Kumar forays into the digital space in a web series titled Birds Of Prey–The Hunt Begins, a new venture for the actor who gained stardom in the Tamil film industry.

This time around, the actor will star alongside his daughter Rayane Mithun in this psychological thriller web-series which is based on a novel, penned by author Archana Sarat. In 2017, Sarath Kumar was part of the novel launch ceremony.

Details regarding the director, cast, and the rest of the crew members are yet to be announced. It’s confirmed that his better half, Raadhika will produce this series under the banner of Radaan Mediaworks. She has made the official announcement via Twitter in light of the talented actor’s 66th birthday.

The web series revolves around child abuse where Sarath Kumar will be taking on the role of a police officer who reluctantly investigates secret lies of a mysterious lady.

An eye-catching poster was unveiled on the same day by Raadhika showcasing a simply astounding Sarath Kumar.

Here’s the first look poster of the web series: 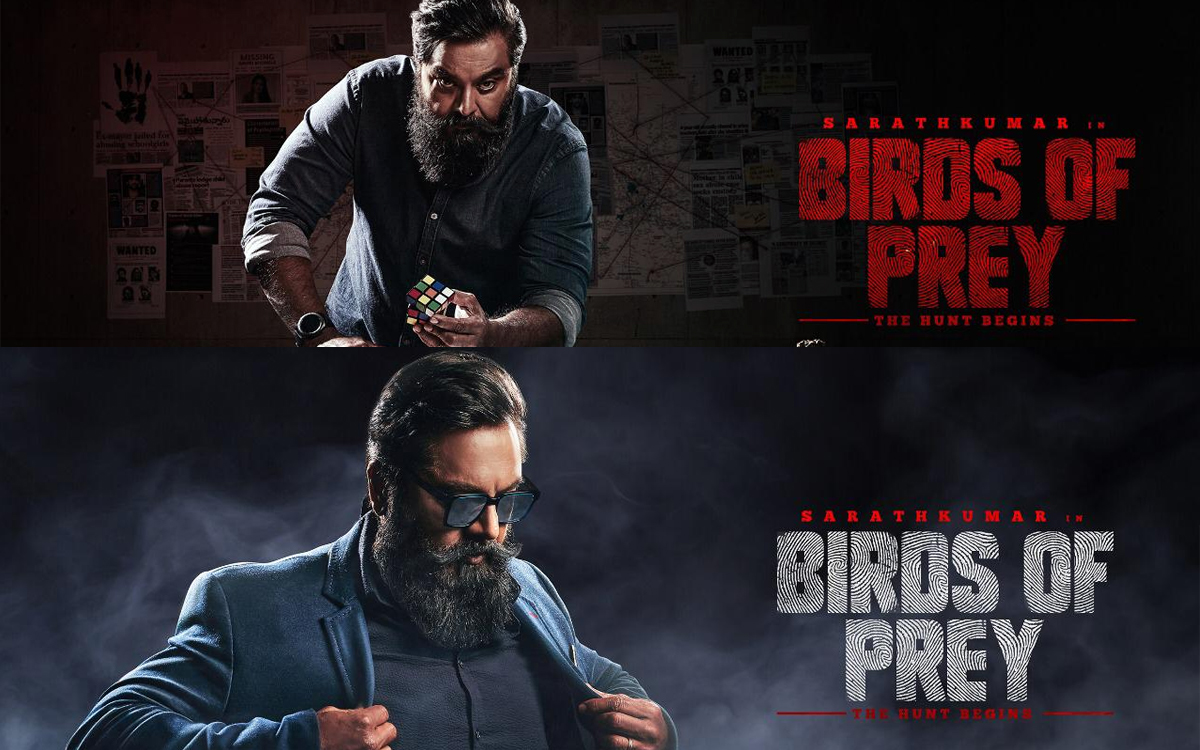 Sarath Kumar was last seen playing the lead role in Mani Ratnam’s production, Vaanam Kottattum helmed by Dhana. His outstanding performance in the film earned positive feedback from his die-hard fans and those from the entertainment industry.

The actor will also be seen playing the lead for two upcoming films titled Peranthal Parasakthi, directed by OM Vijay, co-starring Raadhika, and Varalaxmi Sarathkumar alongside Paamban, directed by Venkatesh.

Stay tune with Varnam for your next dose off all things Sarath!