Jyothika’s 36 Vayadhinile marks the actress’ comeback to the Tamil film industry after a 9 year hiatus. The accomplished starlet of tamil cinema has acted in 40 films before taking a big break, prioritising motherhood. This wonderfully scripted movie of a 36-year-old woman’s life is soon to be released in Telugu as 36 Vayasulo.

The movie is a breath of fresh air for Jyothika fans who are dying to see her charm them once again this time around with a character that shows her desire to turn her mundane life into one she best lives. It will motivate the voice in you to start dreaming again and visioning a life you have always dreamt off. In a day and age where women are seem as more bold, empowered, liberal and determined, 36 Vayadhinile will not fail to ignite that spark in every lady who watches this show.

The film stars Rahman, Abhirami, Nassar, Delhi Ganesh, Siddhartha Basu in supporting roles while famed music composer Santosh Narayanan produced its soundtrack. The great mind behind the direction of this film is Malayalam filmmaker, Rosshan Andrrews and produced by actor Suriya’s very own production house Suriya’s 2D Entertainment. The movie is expected to be released on July 24 on the digital platform AHA, owned by producer Allu Aravind and his son Allu Arjun.

The Tamil medium film captured the hearts of Jyothika’s fans and family with her stunning performance for keeping it very real and genuine throughout the movie. Jyothika is well known for her gripping character, naturally portrayed by the actress. This is well evident in  her outstanding role in playing a 36-year-old woman who braces and overcomes all hurdles faced in life with innermost strength.

36 Vayadhinile was an eye opener reminding the audiences that age is just a number for a women and her commitments to her family should never be the barrier for her to live her dreams. This movie was originally a remake of How Old Are You by Manju Warrier. 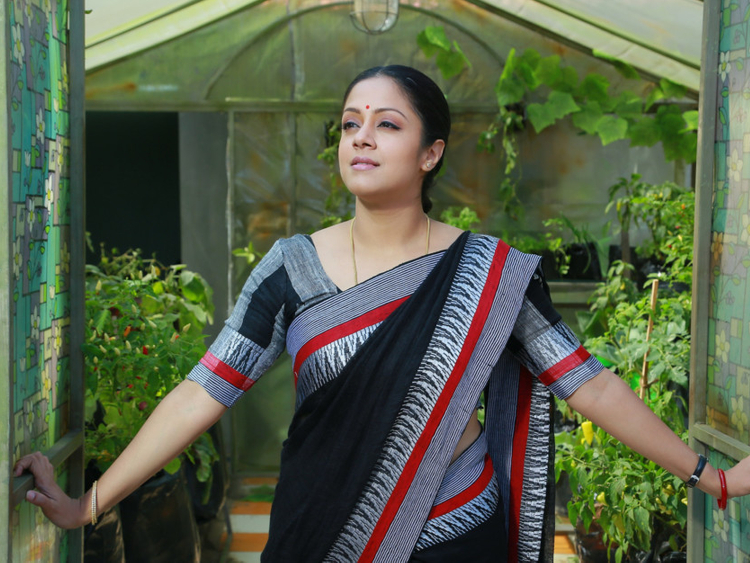 Jyothika Sadanah, or commonly known as Jyothika started her career in her first film Vaali in the year 1999. Her second movie, Poovellam Kettuppar was her first movie with hubby Suriya that saw the strong chemistry between the lovebirds. Upon acting in 7 movies with Suriya, they tied the knot after years of being in a romantic relationship. The much admired couple have always been a great support to each other, supporting their respective endeavours in achieving great milestones. 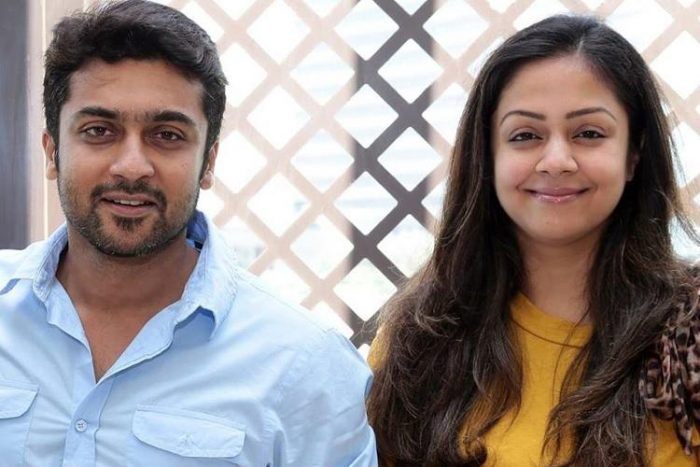 The award winning actress was always addressed and praised for her absolute dedication and commitment she offers to anything she does. Even despite not having any Tamil background when she started her career in 1999, she trained and familiarised herself with the language so she gets to speak and act it out in her films. The mother of two, still looks gorgeous and stunning on screen. After making a comeback, the actress has been choosing her scripts very wisely. She has been doing lead roles in movies carrying a strong social message to her audience.

Jyothika is one of the industry’s multi-talented actress, who is able to play various roles from heroine to villain effortlessly. How often do we come across such talent?

Women for the longest of time happen to be one of the most intrigued individuals on earth. At the turn...

Jyotika's upcoming film, Ponmagal Vandhal, directed by JJ Fredrick, was scheduled to hit the theatres on March 27. However, due...