Home Movies Shakuntala Devi, Not Only A Human Calculator But An Icon To Be...
ADVERTISEMENT
47
SHARES
ShareTweetWhatsapp
A new film has been released on Amazon Prime, a biopic of Shakuntala Devi, who has always been related to an aspect of intrigue. Who is she?
Shakuntala Devi, coloured her name with fame for her immense intelligence in doing calculations. She was the queen of numbers who possessed an ability to do calculations with any vast amount of numbers or intricate equations. 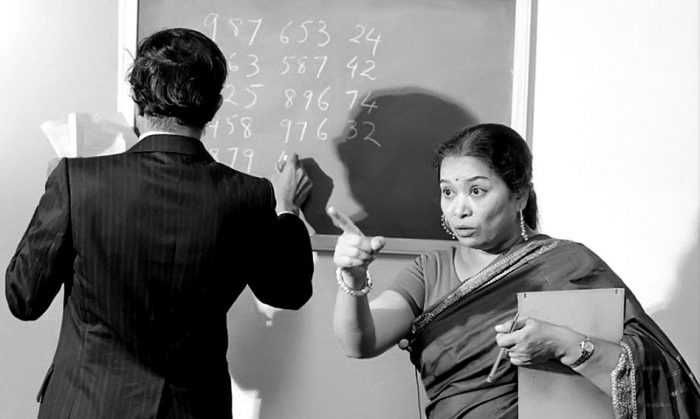 She was however not given the privilege of proper training, but showcased her talent at a young age of six without much formal education after successfully attempting a complicated maths question at the University of Mysore in Bangalore. Shakuntala Devi was a smart child and she could do calculations with any vast amounts or solve the most complicated equations within few seconds even at a very tender age. This lady was the epitome of genius.
When she was a little girl, her father used to exhibit her intellectual skills during road shows in the circus he used to work in where she was able to prove to audiences her high IQ in maths by solving highly complex mental arithmetic, which ultimately gave her the name “Mind Dynamics”. Her father discovered her amazing talent when she could easily memorise numbers while playing card games in the circus with her father at the age of 3. 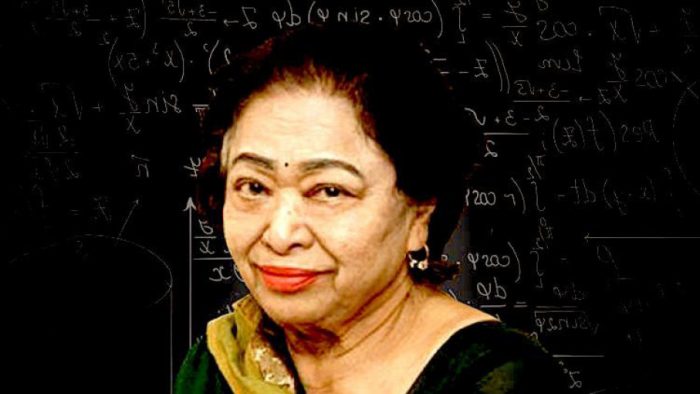 Her high IQ in maths has been challenged by many maths erudite in various countries and yet all failed to out number her. In a live BBC session, instead of answering a mathematical question given by a computer, Shakuntala Devi pointed out the mistake in the question itself, rendering the host and the audience in disbelief. However, it was later confirmed by BBC that the question posed by the computer was indeed incorrect. Thus, declaring Shakuntala Devi the name “Human-Computer”. Indira Gandhi, former Prime Minister of India, praised Shakuntala Devi and said, “Out of all ambassadors to India abroad, you are the best.”
Check out this clip of her answering a mathematical question in the link below-
Shakuntala Devi later got married to Paritosh Banerji in the year 1964, who served in the Indian civil service. The couple had a daughter, though later got divorced 15 years later in 1979. Shakuntala Devi publicly declared that her husband was gay and showed her support and respect to his sexuality by writing a homosexual book. The book however received a very cold response from the indian community who at that time did not accept homosexuality.
Shakuntala Devi had also written books and attempted her luck in astrology. She opposed Indira Gandhi twice and once in the general election but lost both. Shakuntala Devi continued her journey in mathematics and guided many to understand math better. Sadly, she passed away in Bangalore in 2013. A movie to commemorate her milestones is
on Amazon prime now.
It was a struggle to live as a woman in those days, let alone an icon in a male dominated field. Shakuntala Devi reminds us that when we pursue something we love, it no longer becomes a job but instead a seed to something more fruitful, and in Shakuntala Devi’s case, a history. 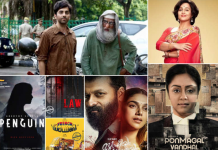