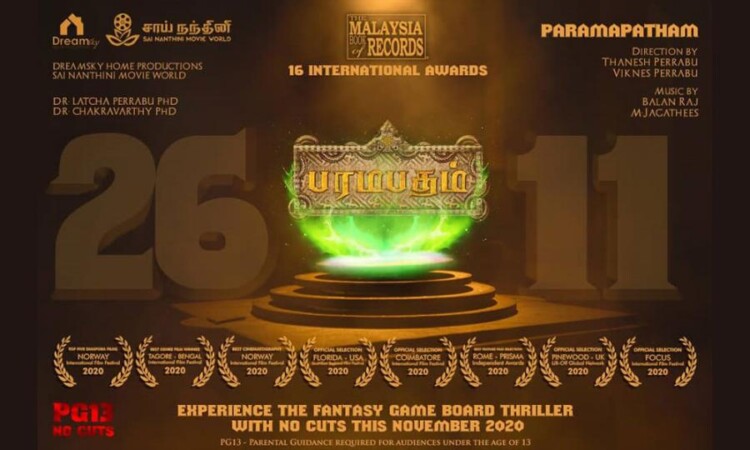 Prior to the grand Asian Book of Records, the local film has already received numerous awards, such as Best Cinematography Award, Best Feature, Best Director Award and many more on the list. After winning 16 awards at different film festivals, Paramapatham has also been honoured by The Malaysia Book of Records for “Most Tamil Movie Awards won by a Movie Director.”

Apart from that, the film has also been recommended by The Malaysian Communications and Multimedia Commission (MCMC) to compete in the prestigious Golden Globe Awards which will take place on 28th February 2021. The film will be competing under the categories of Best Overseas Film, Best Actor, Best Director and Best Editor.

The film director shared the good news on his social media platform. Check out the post below:

Starring Ben G, Ago, Umaganthan, Vikki Nadarajah, and Kavi Maaran, the fantasy thriller film depicts the story of an archaeologist, Aroon and 3 of his friends, who venture on a trip. Aroon finds an ancient board game, and what happens next makes up the story.