Athigaari a local Malaysian Tamil movie is set to hit your TV screens on 11.11.2020!

Directed by the award-winning director, Kabilan Plondran, from the film ‘Jhangri,’ who won the ‘Best Director’ award at the 2018 Tamil Kalainyar Festival, Athigaari has received overwhelming praise from fans since the recent release of the official teaser.

The audience will take a wild journey of emotions with action, humour, suspense and heart-warming scenes, fused with song and dance. Athigaari reveals the story of a police officer who takes over the cases of the murdered officer, believing that the murderer is connected to one of his cases.

With the aid of the victim’s daughter, who is traumatized and unable to speak after learning about the crime committed on her father, the officer hunts down the murderer who has a rare illness and a greater plot to execute.

This film was initially set to be released in March, but had to be delayed due to the COVID-19 pandemic. We’re excited to see the audience react to the film, specifically for Deepavali. This film is sure to cater to all Malaysians of all ages and races.

One of the interesting features of this film is that the lead character speaks in sign language and is actually inspired by true events.

Athigaari is sure to make Deepavali celebrations more enjoyable and will gain patronage from viewers that will help to promote the production of more local Tamil films!

In the meantime, the Vice President of Astro Shaw and Nusantara, Raja Jastina Raja Arshad said,

In our efforts to support local production teams and their films during this period, Astro Shaw remains open to working together on different languages for Malaysian films.

Vice President of Astro Shaw and Nusantara believes that though Tamil films have their own fan base, high-quality productions, regardless of language, and caters to viewers across all cultures and languages.

With a debut on Astro First, they aim to extend the scope of local Tamil films and to grow the local film industry to a higher recognition.

Be ready, grab yourself a popcorn to catch Athigaari on Astro First (CH 480). It will be a great Deepavali treat for local movie lovers. For more updates on Athigaari, follow Astro Shaw’s social media pages. 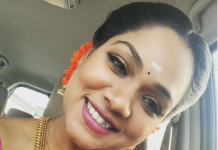 BGW Urge Malaysians To Fill Up The Hall For Neeyum Naanum