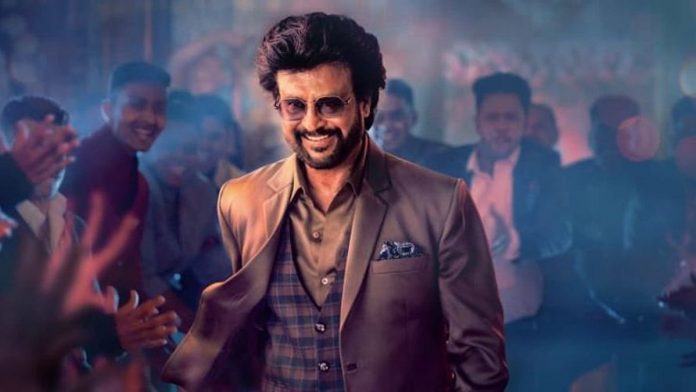 Tamil Cinema’s most leading and sought after actor, embellished with multiple international recognitions and fame in the cine world, no fancy introduction would ever do justice to his character and presence, Rajinikanth is plainly a maestro on his own! 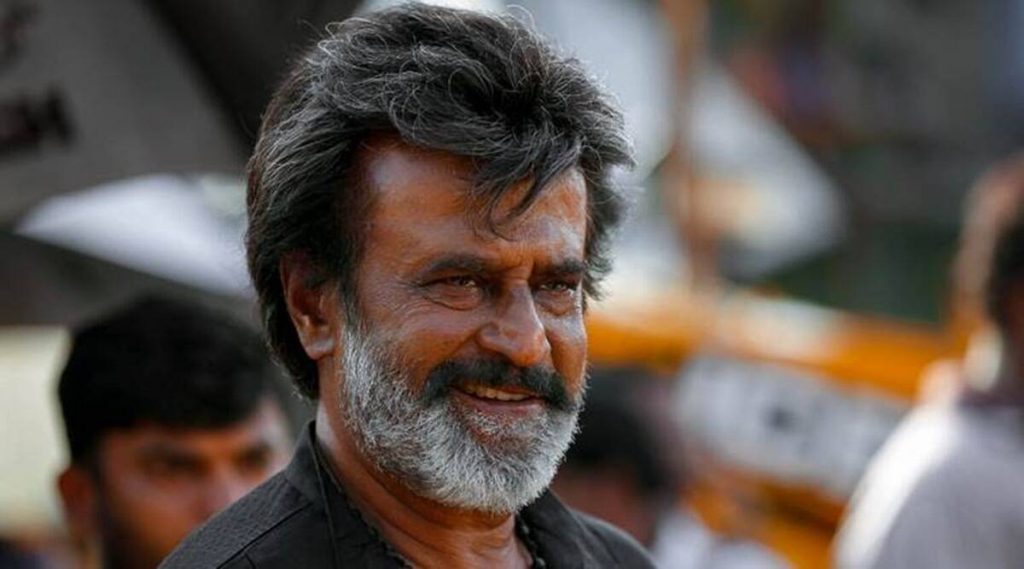 Unleashing his cine roles, desiring to be a villain, knocking of the movie industry with his style effortlessly has always never failed to leave his fans in captivating awe!

Rajinikanth imbuing style with finesse, gave his negative characters an eloquence that not many Tamil cinema villains could offer.

He always had his own way, despite emerging into the heroic genre later, Rajinikanth has always been the par excellence villain of Tamil cinema.

But for him, Tamil cinema had better intentions, despite his concession that he enjoyed doing commercial roles that eventually drove him to play other intricate roles such as a wiseman as confidently as he played a crude, terrifying villain to a softly educated man, and a rustic village head, diverting from comedy to melodrama, in many genres, he always exceled with superlative excellence even at the age of 69!

Marking his birthday that is creeping in soon on 12.12, here are the best movies donned by this epitome of style;

The first movie that opened doors for the actor to step his foot into the Tamil film industry. Aboorva Raagangal was at finesse due to its own course, being directed by K Balachander is definitely one of it. With a very intriguing storyline, depicting an amazing story, this was Rajini’s first movie that gave him an immediate kick-off in his career, mesmerising audience with his acting skills.

This movie also marked the in-depth value the role holds, where Rajini definitely elevated the whole character’s perseverance to a whole new level, revealing his utmost supremacy in being able to steal the show despite a small character of the film presented to him.

Thus, this eventually became the golden ticket that brought all directors in the cine world gushing over to lock him for their respective movies!

Early in his career, Rajinikanth undertook a plethora of negative characters, and his role as ‘Parattai’ in 16 Vayathinile is definitely among the best. Rajinikanth was effortlessly villainous, playing a perfect counterpart to a naive Chappani, as a local ruffian lusting after Mayilu.

Throughout this movie, neither of the actors bore the stigma of stardom, making it more remarkable. The hit dialogue “Ithu eppadi irukku?” by Rajinikanth still remains as an evergreen trademark amongst his fans.

Rajinikanth out performed the best professional life roles in the legendary J Mahendran’s movies, especially in Mullum Malarum. The movie had seen the sheer caliber of Rajinikanth in all of his splendor. He played the role of an angry young man with a deep dislike for the man with whom his beloved sister was in love.

In addition to winning a special award for Best Actor at the Tamil Nadu State Film Awards for the film, Rajinikanth had received a massive female fan following.

Mullum Malarum shows him as a fine actor, from the famous ‘Raman Aandalum’ song to the startling climax where he accepts the man’s love for his sister. He played winch operator Kali, who loved his sister, and the brilliant man dispelled any lingering doubts about his acting abilities in this film.

Rajinikanth, made a remake of the Hindi film Golmaal, with an evidently reluctant move for this film as it belonged to the comedy genre, something he has never worked on. However the director who introduced him to the cinema, K Balachander, was far more optimistic of his talent, and pushed him to star in this film!

Thillu Mullu however now, stays as one of Tamil cinema’s most hilarious films, evergreen in its own way with Rajinikanth breathing life with his outstanding performance in the role of Aiyampettai Arivudai Nambi Kaliyaperumal Chandran and Indiran.

After this film, Rajini had taken on numerous dual roles, unleashing his talents and intimidating the audience with his skills in playing double roles to perfection.

This devotional biographical film about Sri Raghavendrar, directed by S P Muthuraman, would undoubtedly be Rajinikanth’s favourite. After doing a number of negative and action-oriented roles, Rajinikanth is unnervingly cool and unfazed in Sri Raghavendrar, something that however is seemingly connected well with his mass group of audience.

Breaking all odds, by debuting in a very calm devotional film, encrypting a wonderful message, endorsed as Rajini’s main turning point in life.

If there was ever one film his fans would love to watch even decades later, it’d for sure be Sri Raghavendrar.

The film was a smash of success at the box office and completed a 175-day run. It was later released as Muthu Odoru Maharaja in Japanese, which means Muthu – The Maharaja Dancing. In Japan in 1998, the film grossed a record of US$ 1.6 million and was responsible for developing a large Japanese fan base for the actor.

The popularity of Muthu in Japan led Newsweek, an American news journal, to comment in a 1999 article that Rajinikanth had “supplanted Leonardo DiCaprio as the most famous heartthrob in Japan.

Muthu’s evergreen jokes and heart touching scenes are always dearly so close to our heart till today never failing to seize the moment since its release in the late 90s.

In the lead roles, held by Rajinikanth, Mammootty, Shobana, directed amazingly by Mani Ratnam, the movie’s thematic concept was entirely based on the Hindu classic Mahabharatha, which depicts the relationship between Karna and Duryodhana.

With spectacular performances by Rajini, this Mani Ratnam movie speaks for itself and is a timeless Tamil classic.

This movie shows Rajini acting as a lonely devastated orphan and a close friend embedded with so much of loyalty. His character in the film shows him encountering his long lost mother, fighting the urge to go against his own brother due to his loyalty towards his friend. Hence, this movie is a definite centerpiece with a mellow of emotions injected in every scene!

Annamalai was the first movie to introduce the graphic title card ‘Super Star’ that is used till today as his trademark intro.

The movie tales the story of a milkman named Annamalai and the son of a filthy rich businessman named Ashok. Their childhood friendship is sabotaged and turned into a rivalry when Ashok’s father becomes unhappy about their friendship, igniting battles between them.

Revealing a hidden card that many may not know about this remarkable movie, the famous song in the film ‘Vanthenda Paalkaran’ was inspired based on a Kannada poem that Rajinikanth personally suggested that narrates about how cows are respected as deities and how beneficial they are to us humans.

This movie, was also a remake from a 1987 English novel, Kane and Abel and the entire movie was shot within a time span of just 45 days! Annamalai marks as the first highest-grossing film in the Tamil industry until Baasha broke the record.

Padayappa is an all time Rajini blockbuster that encompasses an irony and cultivates it into vengeance and eventually mixes it up with a little melodrama. Padayappa definitely made a deliberate attempt in making an outstanding score and tells the tale of a young engineer, Padayappa, who returns to his village for his sister’s marriage.

Padayappa and his family are forced to leave home by a series of events involving hellish betrayal. The shattered young man resorts to faith and battles his way to the top, starting from scratch, breaking away all the hurdles and challenges from the protagonist who used to love Padayappa.

Music from AR Rahman backs up Rajinikanth’s duel with the amazing score of Ramya Krishnan, Padayappa is one of the few Tamil movies with a strong female antagonist unleashing a killer performance that is still admired and spoken of till this very day!

The first thing that comes to our mind when we hear this name, that instantly rhymes in our head, is the theme song this movie beholds.

Baasha is an action thriller film featuring Rajinikanth, Nagma, and Raghuvaran in which Rajinikanth takes on the role of an auto-rickshaw driver who’s main goal in life is to accomplish his late father’s desire, but gets into trouble when an old rival returns from jail and threatens to kill his family, prompting him to unveil his dark past and stir up the same war he had kept aside for years.

The film did not just earn high positive box office recognition, but it also rocketed Rajini into achieving a different milestone. Rajini’s dialogues and acting debuts gained wide acknowledgement by fans from all corners of the world!

Rajinikanth plays Saravanan, a psychiatrist who arrives in the middle of a family feud on a long time decided marriage agreement. The story spirals to a different genre when the whole family decides to reside in a haunted mansion.

Chandramukhi has meticulously incorporated into all elements of thriller, balancing science and mythology, flaunting its slight affair with an ancient tale, resonating with brilliant music that cuts through periods and emotions. Chandramukhi is a fine example of beauty in the combination of all those elements, incorporating traditional elements such as retribution, lust, love and mystery.

The variety of subplots and interesting characters made this film a top notch of its time.

Kabaleeswaran, a revolutionary who battles for the benefit of his race in a foreign land, is falsely entangled in a riot leading to being thrown behind bars, distorting his entire family. He then begins looking for his wife when he returns after his jail sentence and ends up confronting those who were the reason behind his suffering.

This movie marks a major comeback of the star, shining in style and elegance adorned with sophisticated coats elevating his role to a whole new level. This is also another movie that hit a different level of style throughout Rajini’s entire career. Rajini has an emblem of excellence and style in the cine world, beholding the title for years, Rajini’s stardom has always been the best with no competitor or actor even to date is birthed in the film industry to beat our ‘thalaiva’. 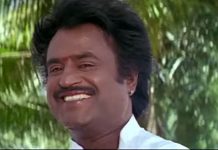 A Flashback To Rajinikanth’s Muthu #HappyBirthdayRajinikanth