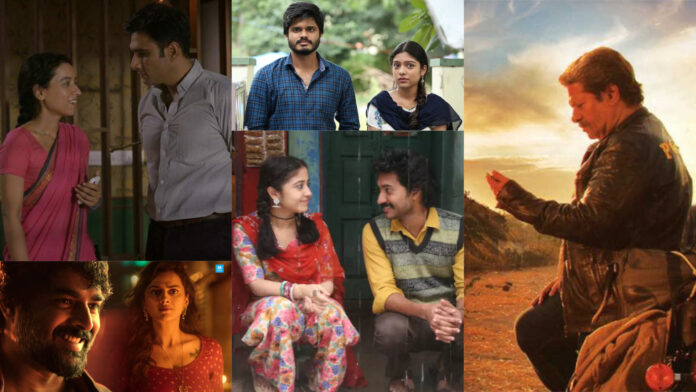 Valentine’s is getting closer, and what is cosier than catching up with some romantic love stories?

See, there’s one misconception about watching romantic movies. My friends have said that if you’re not in a romantic relationship and watching a romantic movie then that is the worst feeling you’ll ever have.

But, from my point of view, in order to watch a romantic movie, you do not have to be in a romantic relationship.

It is a great feeling just to experience the emotions through a movie itself.

So here are five romantic movies you may want to watch regardless of whether you’re single or in a relationship;

When Paaru sees a fairy tale she heard from a stranger as a child painted across the walls of a coastal town, she goes in search of the man who painted it.

To pursue her dreams of being a fashion designer, a young widow moves to Mumbai. To support herself, she takes a job as a maid where she eventually develops a mutual attraction with her boss, a wealthy architect.

Can love bridge the division between their classes? “Is Love Enough? Sir” won a number of awards at the film festival, including the Cannes 2018 Critics’ Week Grand Prize, so you don’t want to miss it.

In a small bistro run by his father and mother, Raghava stays. In Guntur town, he wants to open another bistro because the business in the village is not doing well. Raghava sells Sandhya’s father’s farm to her family to open his own bistro.

What were the difficulties faced by Raghava in starting it in Guntur? What challenges did he face to get hitched to Sandhya?

The film was directed by Dhanush, a popular and talented Tamil actor. It is the tale of an elderly man who, after retiring from the movie-stunt industry, lives with his son and his family.

When he decides to find his young love, things take a turn. The tale then moves back to the past of Paandi and his breezy love tale. The film is an emotional suitcase that proves that there is no age for love.

A music shop owner falls in love with a girl from a circus troupe that visits his village, but caste and class stand in the way.

My personal favourite is “Is Love Enough? Sir” which i watched recently and if you’re someone who likes a realistic, simple and slow brewing love story, then this is for you.

Sometimes, it just makes me wonder what is life without love? Wouldn’t it be boring?

Having said that, let us know which movie you enjoyed the most. The film is not listed in any order, so I’d say watch the trailer and choose whatever you like.