These films in my opinion delivered the rasa's well. 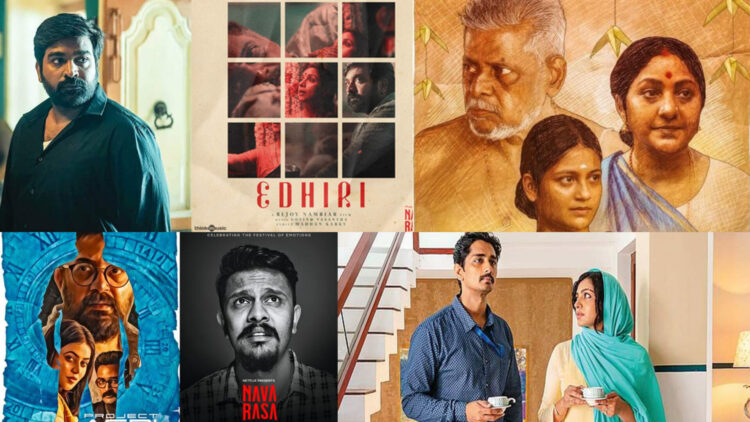 The Navarasa hype is still prevalent in both positive and negative reviews. Reviews are still splurging on meme pages, Instagram, Twitter, YouTube, and other social media platforms. The team also recently posted a video on YouTube, which was a Navarasa graffiti tribute.

Because of its purpose and good value, this film series is very special to the entire Kollywood cinema community. But, no matter what, as an audience, there will always be criticism of the movie front, regardless of its purpose.

In terms of criticism, the overall rating for the anthology ranged from 2.5 to 3.5, and I believe only a couple of stories made it to the audience, with the rest falling well short of expectations. Let’s see which of the nine episodes piqued my interest the most, among many others.

Makkal Selvan, Vijay Sethupathi, veteran actor Prakash Raj, and the lovely Revathy star in Edhiri. Aside from the Rasa, the plot has definitely delivered outstanding performances from the actors. It is, in my opinion, a clever idea to place this episode as the first one to capture the audience’s attention. I like how they used colour hue to show the characters’ emotions in the first frame. If you noticed, Revathy has a red hue and Vijay Sethupathy has a green hue. The episode’s rasa is definitely achieved near the end.

Karthick Naren directed the sci-fi episode Project Agni in this anthology. Despite the fact that he is a young director, his work and thought process were truly mind-blowing. I enjoy thought-provoking ideas and stories, but because the episode is only about 30 minutes long, I believe there was too much information crammed into that time period, particularly the conversation between Krishna and Vishnu. Aside from that, I liked how they incorporated metaphors into their names and scenes.

In comparison to the other episodes, I believe this was the one story that clearly delivered the rasa (Bheebhatsa). Bheebhatsa means gruesome, and Delhi Ganesh’s performance will definitely give the audience that feeling. The story is also not overly complicated; it is straightforward and to the point. Along with the cast’s performances, the art direction and cinematography should be praised.

Inmai means fear, and fear can mean different things to different people. However, in this episode, it demonstrated the concept of fear and how it kills a person from within. I like how they did not confine fear to the horror concept; it was a novel way to depict fear.

The performance of Siddarth and Parvathy added to the story’s value. Ammu Abhirami deserves special mention for her performance as young Parvathy. This episode leaves the audience in a state of fear, suspicion, shock, and a variety of other emotions.

Finally, ‘Navarasa’ is about 9 stories and 9 emotions, but except for a few, most of the stories are difficult to swallow, and somehow boring. Some stories did not deliver the rasa properly I would say. Of course, the episodes have their own positive aspects, but these four stories outnumber the others. Overall, it was a good experience, and if you haven’t seen the anthology yet, I recommend starting with the one listed above. 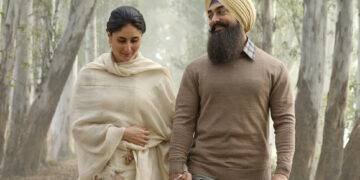