This is perhaps the first time in history where a fan club comes up with a hand sanitiser. Bravo!

Thala Ajith has a fan base like no other!

With Thala fans spread across nooks and corners of Malaysia, his upcoming fillm Valimai has taken the nation by storm. Having said that, fans were excited when the Malaysia Thala Ajith Fan Club introduced a special hand sanitiser named Valimai as part of its effort to combat COVID-19. 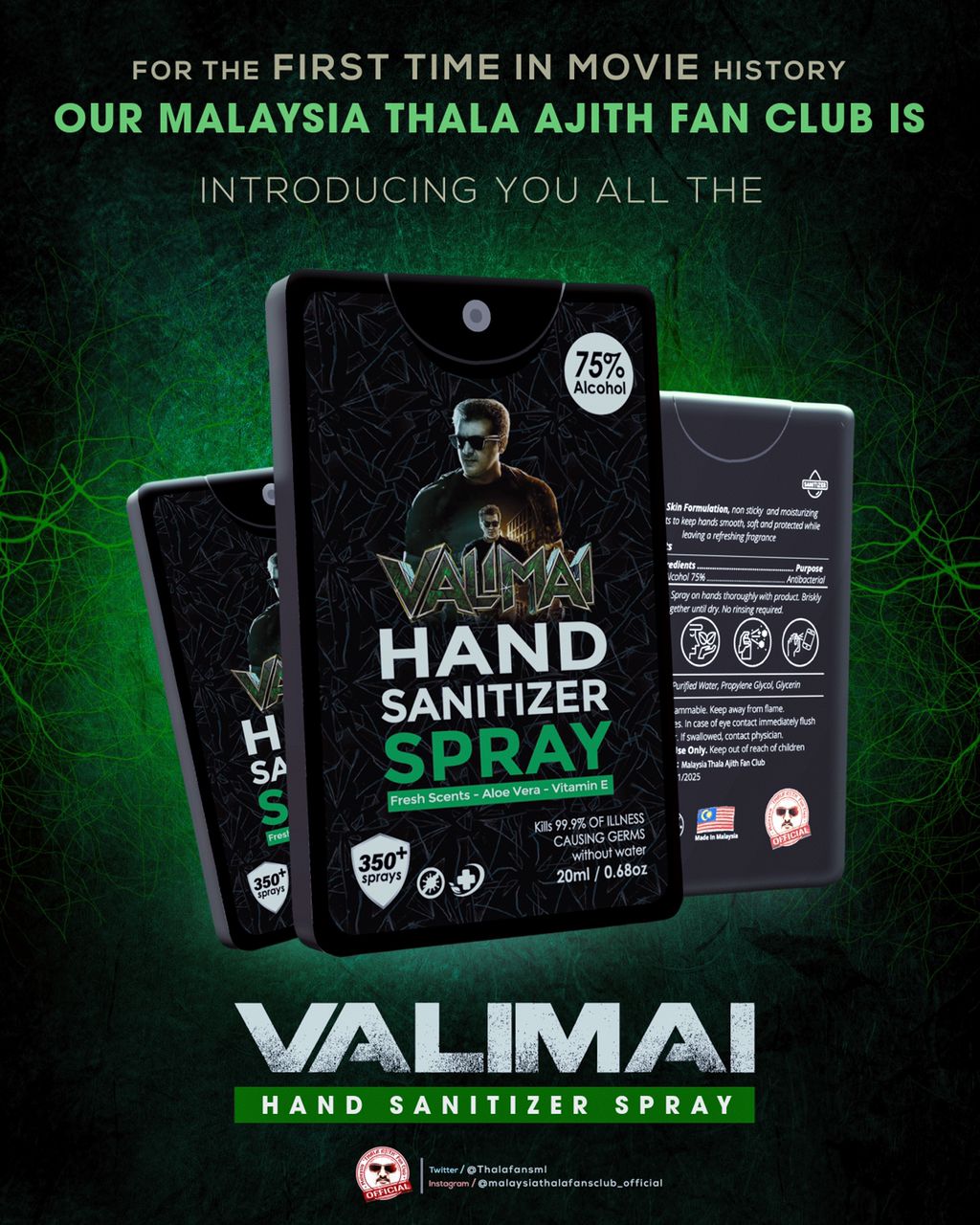 In order to have some insights on this fabulous initiative, Team Varnam got in touch with the President of Malaysia Thala Ajith Fan Club, Devendran Dave who shared the objective of introducing a hand sanitiser using a rather brilliant branding approach.

According to Dave, the primary purpose of introducing the hand sanitiser is to not only promote the film but create awareness on the importance of practising good hygiene by sanitising often, as it plays a huge role in inactivating and preventing the spread of the virus.

The fan club took the internet by storm a couple of weeks ago when they made an announcement in regards to the launch of the Valimai hand sanitiser. Fans have been actively sharing and promoting the product across all social media platforms.

Approximately 100 hand sanitisers are ready to be rolled out featuring a new packaging of Thala Ajith’s first look poster of his upcoming flick. To give Malaysians a sense of calm and comfort, we’re entering the second year of adapting to the new normal, hygiene is essential in most healthcare settings and communities amid the pandemic.

Besides that, the club has simultaneously introduced exclusive Valimai movie masks and T-shirts which had garnered the attention of Thala’s fans not only in our homeland but even in India. Upon their great initiatives, they have been receiving an overwhelming response from the fellow Malaysians.

Talking about the president of the club, Dave is working as an auxiliary police officer in the Inland Revenue Board of Malaysia. He is also fondly known as a social activist and influencer who received a pat on the back for his numerous services which have been notably recognised among our Indian community. Established in 2015, the Malaysia Thala Ajith Fan Club has been constantly helping the public via a myriad of social activities and public services.

Are you excited to grab and own Thala’s hand sanitiser? Or wondering on how and where to purchase it?

Worry not! Check out the post below to own a sanitiser spray: 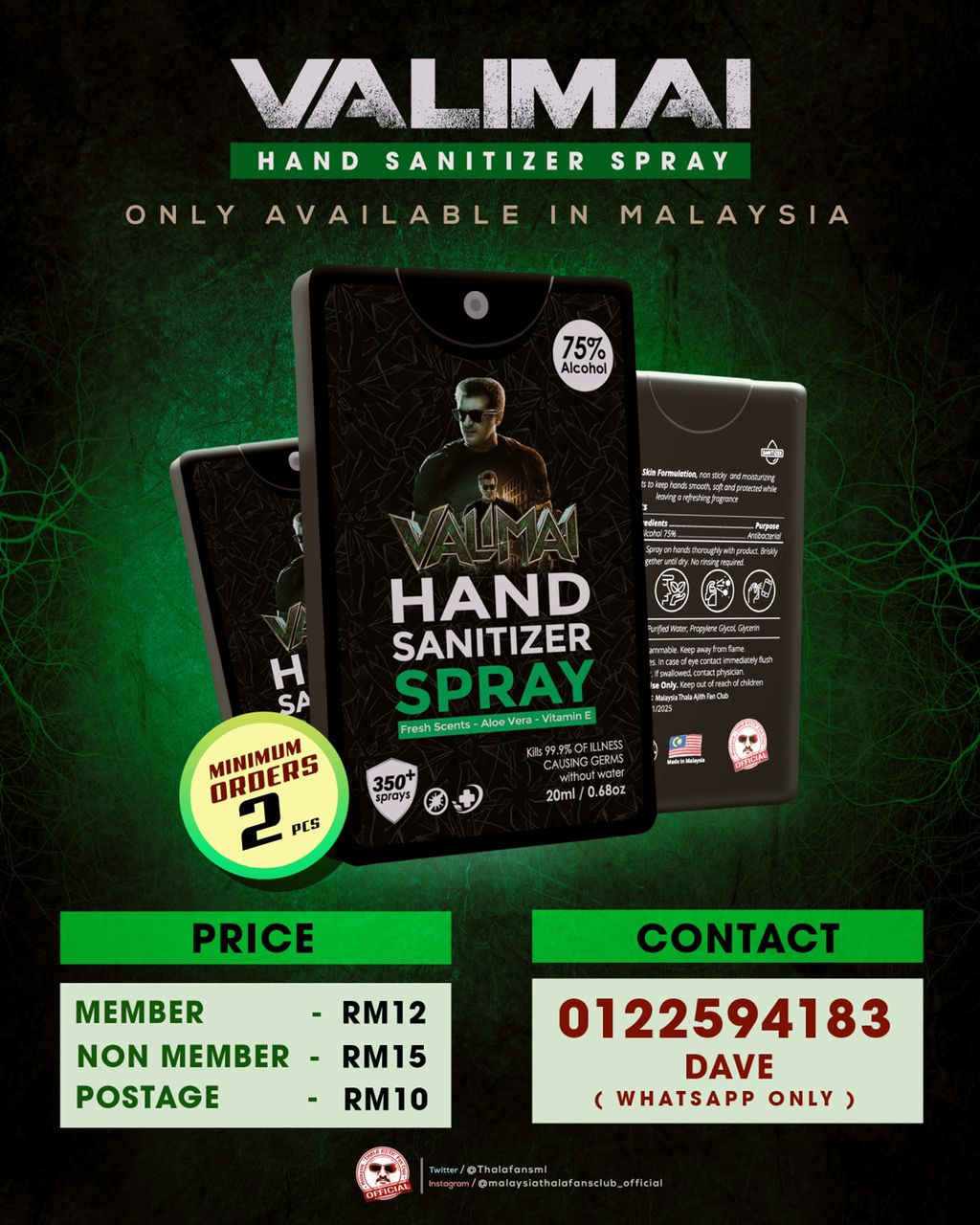