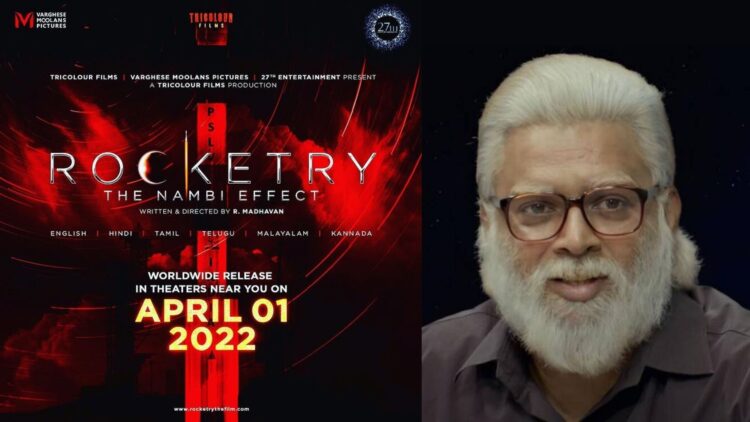 Just yesterday, Madhavan announced the release date of his directorial debut on social media, and we can all rejoice because it will be released in the very near future.

Madhavan‘s Rocketry: The Nambi Effect will be released in theatres on 1st April, according to his post. 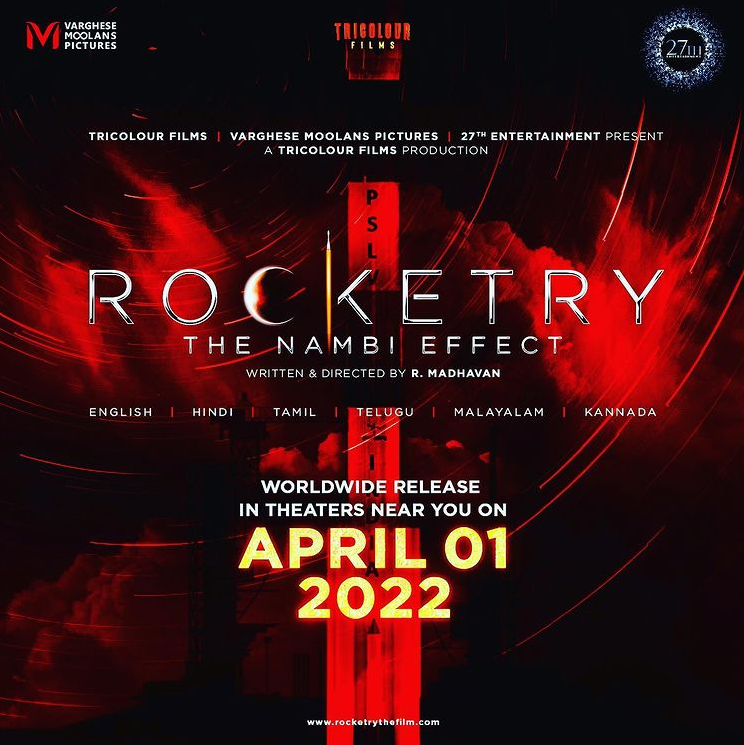 We are elated to inform you that the much-awaited Rocketry: The Nambi Effect will be released worldwide in theatres on 1st April 2022. We have made this movie with a lot of love and dedication and are grateful for all the support that you have shown us so far.
– Team Rocketry

His fans have been waiting for more details about the film’s progress and so on. It should be noted that the Rocketry: The Nambi Effect trailer was also released on the same day after the release date was announced on 1st April.

Here’s the trailer for Rocketry: The Nambi Effect;

Madhavan not only acted in the film, but he also directed, wrote, and produced it. The biographical drama is based on the life of Nambi Narayanan, a former rocket scientist at the Indian Space Research Organization (ISRO) who was falsely accused of espionage and arrested in 1994.

This movie was shot in multiple languages including Hindi, Tamil, and English, and will be released in Telugu, Malayalam, and Kannada. It will also include a cameo appearance by Shah Rukh Khan in the Hindi and English versions, as well as Suriya in the Tamil version.

So, based on the post, we can conclude that the much-anticipated Rocketry: The Nambi Effect will be released worldwide in theatres on 1st April 2022, and it will be a massive success amongst his fans, as many were very excited even before the trailer was released.

Nambi Narayanan is one of India’s most underrated scientists, and Madhavan’s effort in bringing his story to life on celluloid is noteworthy.