A heart-wrenching flick that will not be forgotten anytime soon! 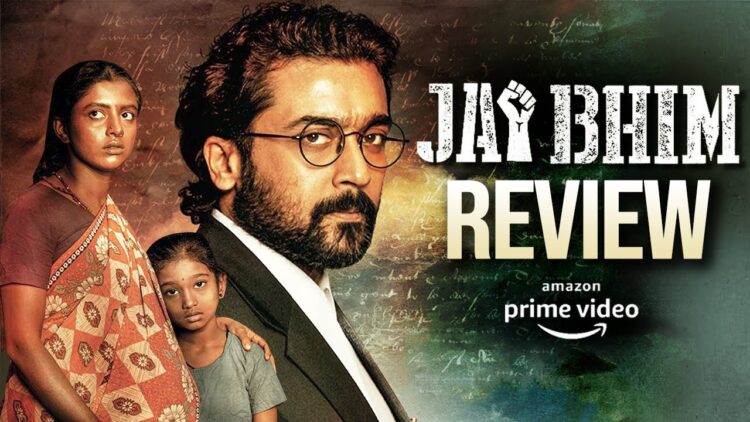 Penned and helmed by Tha Se. Gnanavel, Jai Bhim is perhaps one of the boldest films to have been released in the Kollywood industry. It doesn’t dare turn it’s back on hitting where it hurts the most, and its politics is not weighed down by the presence of a star like Suriya (Chandru).

Chandru wields the law as a weapon, but there is a well-oiled, upper caste-controlled structure in place to dull its impact. In the real world, the dangers of standing up for the oppressed have been demonstrated repeatedly in recent years by the detention and prison of tribal rights advocates without trial.

I emphasise the word dominant because it’s one of those rare occasions where the star hasn’t flexed his heroism and let his co-stars steal the spotlight. 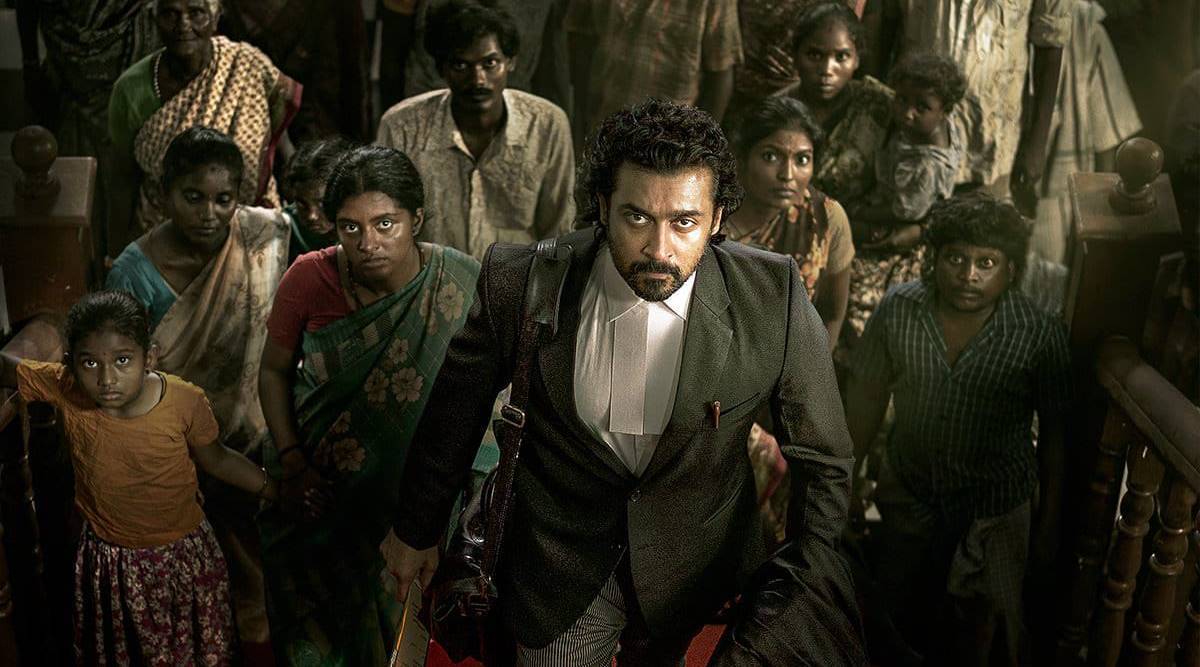 The film is just a class apart. It stands out for a number of reasons.

Inspired by true events, ​​Jai Bhim is a film about the oppressed, and despite the fact that the tale takes place in 1995, the film reveals that nothing much has changed in the lives of the marginalised today. Men in khaki govern with power in the flick, and no one can escape the confines of the system they established. Power is distributed throughout the system, which is from the highest-ranking officials to the lowest-ranking ones.

​There have been flicks such as Nerkonda Paarvai that have allowed the lead actor to take centre stage at some point. However, director Gnanavel maintains his main focus and does not wander into celebrity, which is the finest aspect of the film.

Cut to the key protagonists of the film, Sengenni (Lijomol) and Rajakannu (Manikandan), are a young couple from an Irular tribal hunting hamlet. When Rajakannu is wrongly incarcerated for robbery and then goes missing in police custody, his wife turns to attorney Chandru (Suriya) for help.

Hats off to Sengani and Rajakannu who give outstanding performances as their transformation into the personas they play are incredible. Despite the three-hour run time film, there are no boring scenes, albeit a few visually unpleasant ones. The film maintains its speed whilst perfectly portraying the anguish of the oppressed and voiceless. Sean Roldan’s soundtrack is exquisite, tugging at the heart of the film, while cinematographer SR Kadhir’s camera captures the intricacies of the fascinating plot.

Every dialogue is profound, every expression is deliberate, and every message is significant.

The dialogue which touched our hearts was, ‘Every time anything goes missing in school, like an eraser, the first thing they do is check my bag. It’d be too shameful to go to school every day,’ says a young tribal boy.