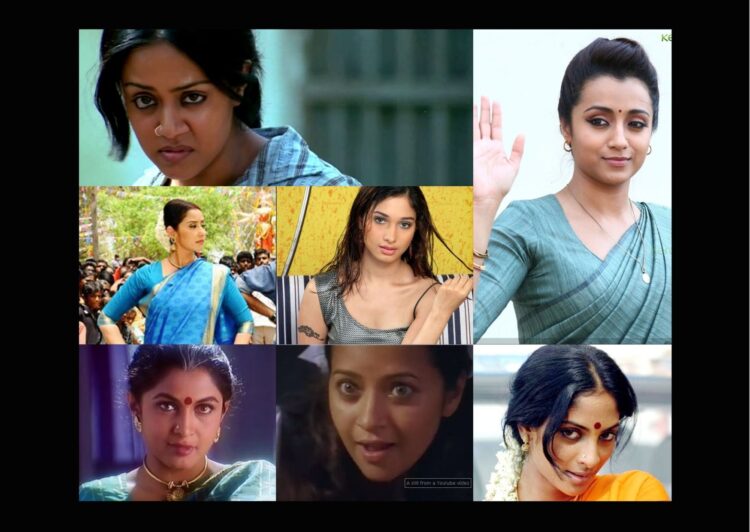 The Kollywood divas are idolised for their beauty and talent. The Kollywood ladies are doing the same thing as the actors who are demonstrating their mettle in various roles. The following is a list of Kollywood actresses that have received critical and commercial recognition for their daring negative roles.

Fans have praised veteran actress Ramya Krishnan’s outstanding performance as an adversary in Padaiyappa until this day. In reality, for Padaiyappa, she won a Filmfare and a Tamil Nadu State Film Award for Best Actress. The film is about pride and revenge, with Ramya’s character falling head over heels in love with Rajinikanth only to be rejected, leading to rage over humiliation and pride damaged. Ramya Krishnan has always delivered an outstanding performance as a bold and dynamic character, as seen in Padaiyappa and her most recent blockbuster success, Baahubali.

Despite having a big opening, Silambarasan’s Vallavan is said to have fallen short of the hype. Reema Sen’s portrayal of a crazed maniac, on the other hand, gave the crowd shivers. It was eerily brilliant to witness Reema Sen’s quick shift from a happy schoolgirl to a vengeful madman! Her portrayal of a vicious lover was incredibly convincing, and she executed the job credentials. Reema, who was born in Kolkata, rose to prominence in Kollywood after starring alongside Madhavan in the smash hit film Minnale.

Trisha, is one of the most renowned heroines who successfully portrays the villain in Kodi’s film. Although Kodi isn’t a particularly good picture, it’s refreshing to see a character like Rudhra emerge from the standard hee-hee pool of female leads with no ambitions, careers, or dreams of her own. She is a politician who is ambitious, cruel, and manipulative.

Jyothika is still regarded as one of the top actresses, having made a comeback this year with 36 Vayadhinile, an adaptation of a Malayalam film. She has a string of hit performances under her belt, and she and her husband Suriya aren’t afraid to branch out into other genres. Her portrayal of Geetha, the film’s antagonist, in Pachaikili Muthucharan earned a lot of praise. The film, which was based on the novel Derailed, received favourable reviews upon its initial release. In the film, Jyothika played a married woman who has an extramarital romance with Sarathkumar, and how things turn ugly.

Tamannaah made her Tamil cinema debut with Jyothi Krishna’s Kedi. Her debut role as an antagonist in Tamil cinema was as a newcomer. Tamannaah and Ileana both made their debuts in the film, however Tamannaah played the antagonist. The plot revolves around a love triangle between three college students and the painful finish to which they must come. Tamannaah portrayed a rich, spoiled girl who uses her brother’s clout to have the college remodelled to her specifications. Her portrayal of a gangster’s sister with a lust for vengeance and a haughty demeanour was excellent. In Kedi, the actress’ character was comparable to Ramya Krishnan’s in Padaiyappa.

Thimiru, the debut film of director Tarun Gopi, was a box office success. Vishal and Reema Sen, as well as Sriya Reddy, played key roles in the film. Sriya’s portrayal of a cunning and arrogant Kattapanchayat woman was outstanding. She gave a fantastic performance as the panchayat lady in the film who falls in love with Vishal only to be rejected. Her rage over rejection turns into carnage, and she is killed in the midst of it. The audience was stunned by Sriya’s shift from a clever panchayat lady to a girl in love to a vengeful lady. Both the audience and the critics praised her for her outstanding performance. 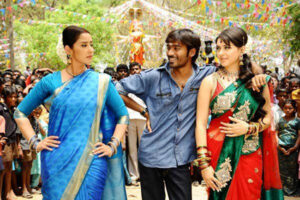 Despite being a remake of a Tamil film, which was itself a remake of a Telugu film, Mappillai had a positive response at the box office. Hansika Motwani made her acting debut in the film, playing the daughter of Manisha Koirala’s character. The plot goes like this: Manisha Koirala does not want her daughter to marry Dhanush, and the two are in a rat race to see who will win. The audience reacted positively to Manisha’s portrayal of a domineering woman. Hansika earned a Filmfare for Best Debutant Actress for her performance in the film.