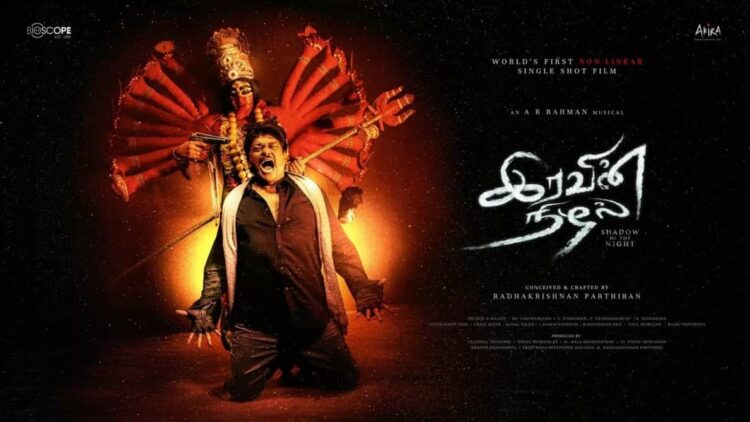 Movies always intrigue us. The plot thickens at the height of the story and we’re doomed to our couches.

The Kollywood industry has evolved a lot over these past few years and the scene is thriving like it has never been before.

Adding to the list of exceptional movies, critically acclaimed actor and director Parthiban has set to helm an experimental film with non-linear storytelling.

Parthiban’s upcoming film, titled ‘Iravin Nizhal,’ which is now in post-production was directed by himself is expected to be a one-of-a-kind in the history of Kollywood and world cinema as it would be shot in a single take on multiple sets.

Making it more grandeur, this film will feature three Oscar winners: AR Rahman, who will compose music and background score for the film, as well as Cottalango Leon and Craig Mann, who will work on the film as VFX supervisor and Sound Designer, respectively.

The video also features AR Rahman addressing ‘Iravin Nizhal,’ adding that he was fascinated after hearing about the film and that he was stunned to see the final version of the film since it was a quantum change from what he saw during rehearsals.

Check out the whole video on the Madras Talkies Twitter page;