This horror flick will cause your nerves to tighten in the right places. 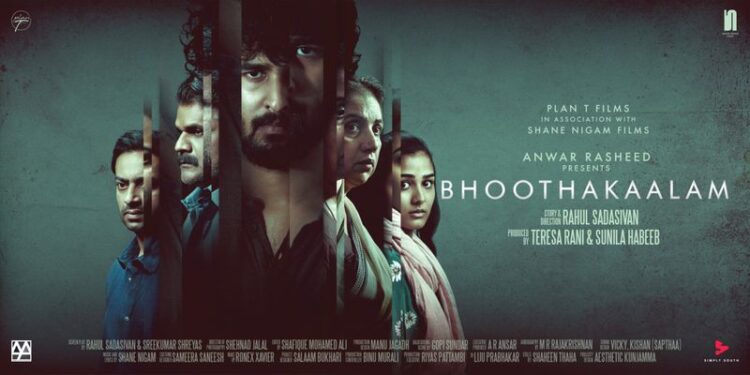 One thing about the horror genre is that even though it is scary and intriguing — it isn’t everyone’s cup of tea (or coffee). Whether it’s seeing through our hands over our eyes or grasping our friend’s hand tightly — we all love tales such as sending chills down our spine.

And if you thought flicks such as Arundhati, Sivi, and Kanchana are the only ones that scare the living daylights out of someone, well you haven’t watched this Malayalam flick, aptly titled Bhoothakaalam by Rahul Sadasivan.

Having said that, the storyline of Bhoothakaalam portrays an uneventful life of the mother-son duo (Revathy & Shane Nigam) inhabit is a manifestation of a mind that is haunted by past regrets and negative emotions that they are unwilling to let go of. Both of the major protagonists are dealing with psychological issues. After his grandmother’s death, the son begins to believe that some demonic powers are haunting them, and their routine takes a terrifying turn. Is it his remorse about yearning for her quick death that’s causing his hallucinations, or is there a supernatural entity hunting them down?

To make matters worse, his mother is suffering from major depressive disorder, casting doubt on her son’s strange behaviour.

The director’s well-crafted screenplay also deals with the tough and important topics such as mental health element in almost all cold, clinical issues, which is surprisingly kind of  satisfying. 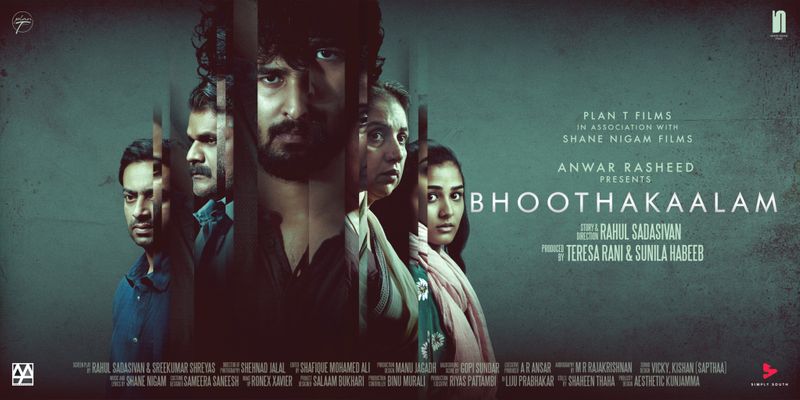 The dread effect is enhanced through long continuous shots, slow-moving zooms, and unique camera shots. And for its extraordinarily violent visuals and a devilishly designed tale that reveals the diabolical realm of black magic, the filmmaker has undoubtedly claimed the crown.

The mystery and revelation keeps you hooked on as every nook is shot intriguingly. Long continuous takes, slow-moving zooms and odd camera angles intensify the fear factor. Surely the director has taken the crown for its super gory scenes and a shrewdly crafted storyline that exposes the mystery surrounding them in a proper way.

On the music front, Gopi Sundar’s  score for this film arguably set the tone for all horror scoring more than any other. Trust me guys,  it never fails to make a shiver run down one’s spine.

Besides that, actor Saiju Kurup’s onscreen appearance as a flaky therapist may feel a bit forced, but the movie on the whole is a riveting watch.

Watch the trailer of Bhoothakaalam here:

‘Bhoothakalam’ is streaming on SonyLiv.