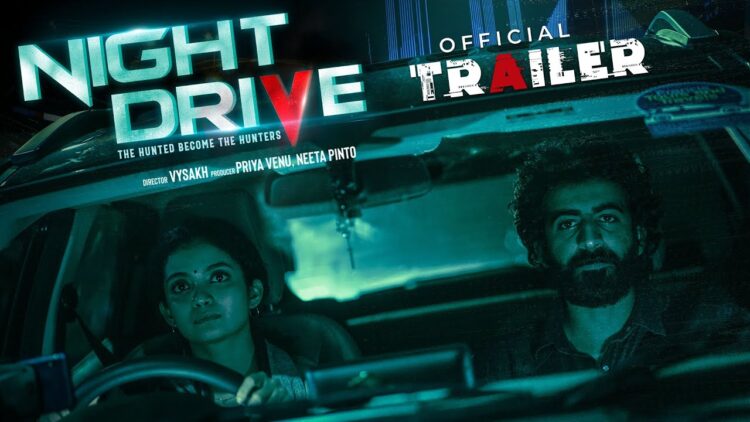 After delivering a string of hits such as Pokkiri Raja, Pulimurugan, and Madhura Raja, director Vysakh has taken it further by coming up with a political thriller flick aptly titled Night Drive that definitely needs to be added to your watch list.

Loosely based on real events, Vysakh’s latest foray tells the story of a couple who become entangled in the arrest of a state minister for gold smuggling. When  the hero (Roshan Mathew) and heroine (Anna Ben) go for a night drive, their primary purpose is to celebrate her birthday on Christmas Eve, but things rapidly turn sour. One thing is for sure where the plot of this flick is expertly crafted to offer twists and turns that leave us with a long smile on our faces.

Shaji Kumar’s camera has been able to make ‘Night Drive’ more enjoyable by creating beautiful night scenes. Ranjin Raj’s music also plays a crucial role in making the film more thrilling. The background music of the climax scene is something to be noted.

With amazing performances from the casts along with Abhilash Pillai’s snappy written script, one thing is for sure that this suspenseful yarn is full of great lines and has enough intensity to keep you on your toes, but the ending feels a little hollow; the key question is ‘What happens after this?’

It can be crucial to create a suspenseful thriller setup for a single night since the screenplay has to be very precise. It came to the writer’s surprise as the movie somehow doesn’t slow down at any point, but it does keep you on the edge of your seat. The twists and turns are spectacular, though a little predictable and over the top.

Thumbs up to the entire team!

The movie is on Netflix right now. Binge yourselves!