Films To Watch Over This Weekend To Celebrate Pride Month June is a month dedicated to raising awareness, teaching acceptance, dicussing the history of pride, and above all, expressing love and compassion for the LGBTQIA+ community. Although, society has been dismissive of this community in many aspects, it is pleasing and empowering to see that certain directors have defied stereotypes to explore sexuality in informed and respectful ways. Here are some flicks to watch this weekend to make it more  thrilling and meaningful.

This film series have four tales written and directed by well-known directors. However, you must watch two main episodes that focus around an LBGT complex love connection. “Thangam”, directed by Sudha Kongara and starring Kalidas Jayaram and Shanthanu Bhagyaraj. It depicts a transwoman’s struggle throughout society and her ordeal. Thangam’s story will crush your heart. While, Vignesh Shivan’s ‘”Love Panna Utturunam” depicts a plot that focuses on feudalism, such as individuals refusing to accept relationships between people of different social classes while being distracted along the way with a lesbian plot.

Feel free to weep happy tears since you have finally found a happy ending to a homosexual love story. The film directed by Hitesh Kewalya stars  Ayushmann Khurrana, Jithendra Kumar, and Gajraj Rao. The narrative is about two boys, Karthik and Aman, who find out that the road to a happy ending may be difficult but still try their very best to make it work. This is a comedy-filled flick that you should not miss, with strong emphasis on social issues.

This film provides you with a variety of genre experiences that you would definitely enjoy watching. Thiagarajan Kamararaja directed the film, which stars Vijay Sethupathi, Samantha, Fahadh Fazil, Mysskin, Ramya Krishan, and many more. The film has four plots, and the characters in each story are put to the test in the most bizzare ways. Each character’s portrayal will definitely win our hearts.

This Bollywood film depicts a love tale between two people of the same gender. The film directed by Shelly Chopra Dhar, is played by some of Bollywood’s industry greatest stars such as Sonam Kapoor, Anil Kapoor, and Rajkummar Rao. Sweety Chaudhary, an innocent and cheerful girl desires to become a beautiful bride ever since she was a child, but upon adulthood, she realises that she does not want a groom but another bride. It highlights how she is confronted with a lot of opposition from her family and society as she embraces her sexuality.

A story of a gay love story is the subject of this award-winning film. It centres around Laskhmi, a mother and Varun, her son. Her son struggles to accept his identity and confesses to his mother, who is an orthodox person. The movie chronicles their battle to accept the reality. This film directed by Lokesh Kumar, stars Anupama Kumar, Ashwinjith, and Abhishek Joseph George in the leading roles. The film depicts how society views homosexual relationships in a realistic manner. 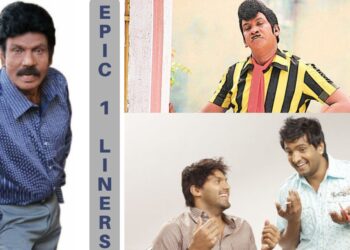 The Tamil cinema industry is arguably the most versatile film industry in India. From a budget movie to a full...