Santosh Logandran is no stranger to the Malaysian music scene. From his days with the Nadir music collective, a diverse 8 piece Malaysian band, to his latest single, Yen Di released late last year, the musician and award winning composer has been a prominent figure in the local music circuit.

This talented musician is all set to go on a new journey, with the launch of his first ever Tamil album, In Pursuit of Santhosham. The official launch of his album will take place on the 18th of January 2020 at GMBB Kuala Lumpur. 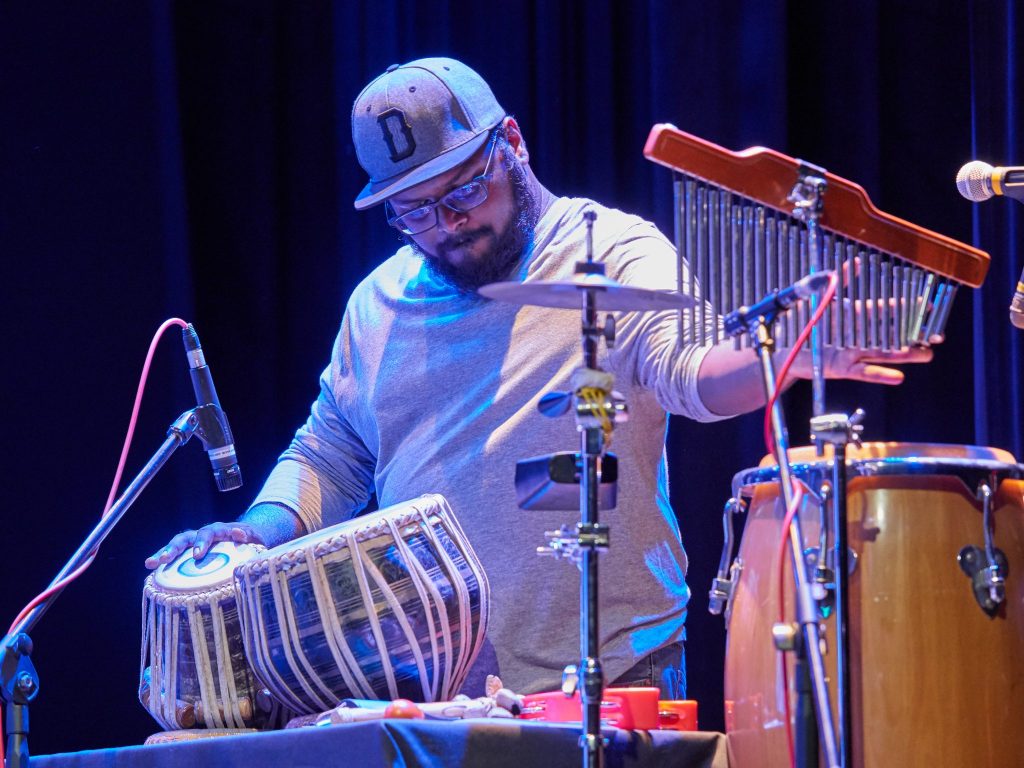 “After 10 years of being in the background, it is now time to come to the forefront,” the composer says cryptically. “Although it is a blessing, performing another artists’ song hardly compares to the fulfillment one gets from performing their own music,”

Santosh is ready to disrupt the system, “This album is my introduction into the Malaysian Tamizh music industry, which has been following the same template for the last 3 decades,” he says. “It is now time to break this cycle. This album is self-produced and the music is designed in such a way that it can only be performed in a band setting,”

The award winning composer hopes that In Pursuit of Santhosham will create an identity for him within the local media and industry specialists. “The end game is to create a new sound for the Malaysian Tamizh music industry,” 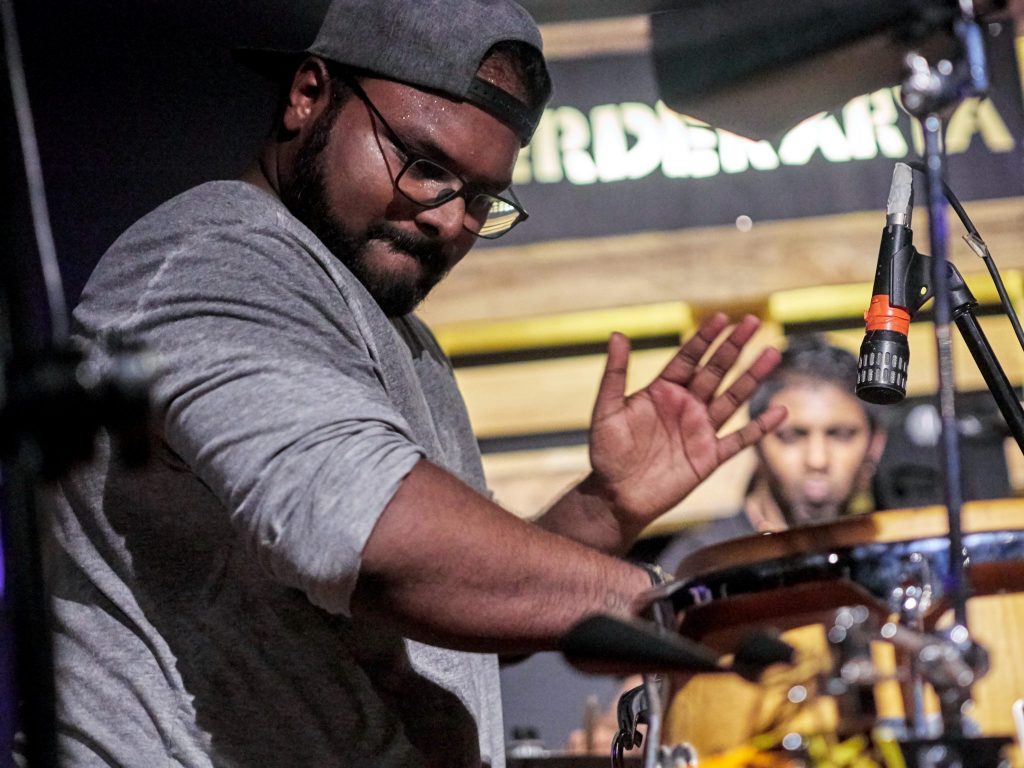 Santosh’s ultimate goal is to be a part of music festivals across the globe, and be nominated for international awards.

He also revealed that the album is dedicated to a very special group of people. “In Pursuit of Santhosham is an ode to the women in my life,”

Santosh has performed in various parts of Asia and Europe with his band, Nadir. In Indonesia, he was on stage with Malaysian songstress Zee Avi, while his epic performance in Cambodia was grace by Cambodian pop star Laura Mam.

His motivation, however, remains constant. Santosh’s goal throughout his music career has been to create a sound which breaks the barriers of gender, race and religion. 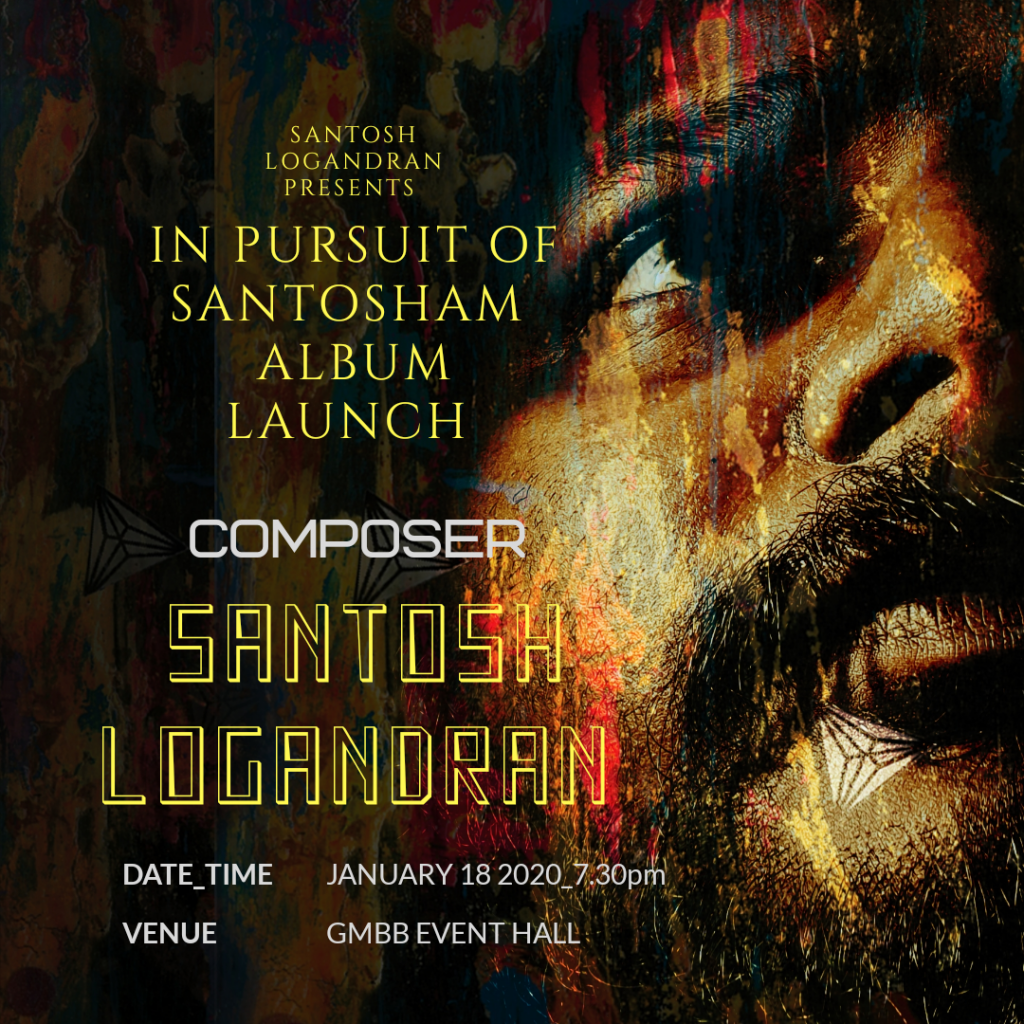 As Santosh dips his toes into the Malaysian Tamil music industry, he comes with one hope for the future – to create a new sound, something never heard before. Judging by his first single, Yen Di, he is already there.

In Pursuit of Santhosham is taking place on Saturday, the 18th of January 2020 at GMBB KL. All are welcome.

For more information on the event, contact +60-126906472 or email [email protected] Meanwhile, check out what Santosh is up to on Instagram here.