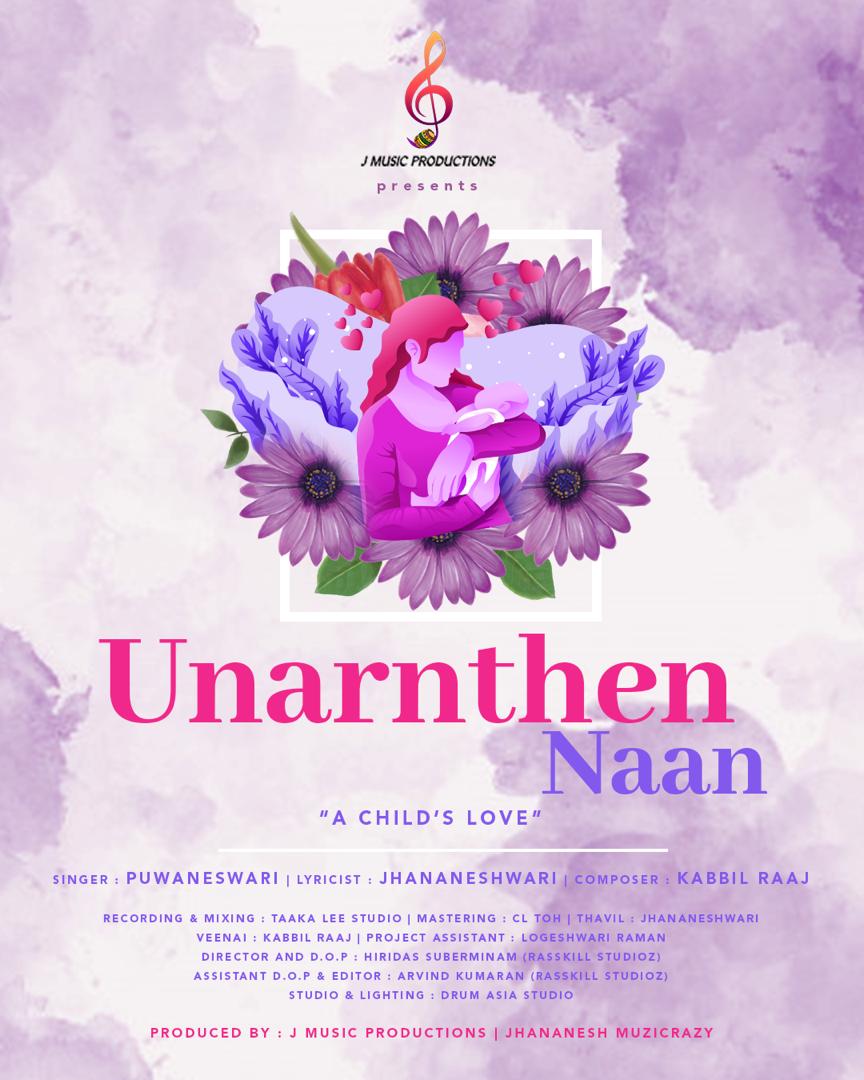 Thavil Nadaswaram is a music sector where there aren’t many female musicians. When you go to a temple, you hardly see a female playing Thavil. Jhananeshwari, on the other hand, is defying the stereotype that only men can play the barrel-shaped percussion instrument.

Jhananeshwari has been playing the thavil for more than 7 years in Malaysia. She has performed as a thavilist at a variety of auspicious occasions, including weddings, temple events, musical performances, and several others.

She has recently begun to dabble in the music business as a leisure pursuit.

The well-known BR Music studio has also stated that;

She is the only female thavalist in Malaysia and only one so far! We are very proud of her achievement throughout her musical journey. Such a humble and experimental lady!

The melody is composed by Punnagai Seithidum fame Kabbil Raaj. Unarnthen Naan, a song penned by the Thavilist and sung by Puwaneswari, is a tribute to all mothers.

During the promotion of AR Rahman's "99 Songs," he announced a contest in which he welcomed musicians and singers from...