The Malaysian Tamil cinema power couple prepare to blow our minds with another groundbreaking story to tell.

Denes Kumar and Dr Vimala have successfully performed the initiation Pooja (prayer) for the film production that will be under VEEDU Productions. The film titled ‘Tamil School’ will be narrating the tales of vernacular schools in Malaysia and the ups and downs that come with it. The production house has brought stories that highlighted Malaysian social issues such as snatch theft in their Vilaiyattu Passenge film series. The 3 films are crittically aclaimed and have been received with great responses the world over. 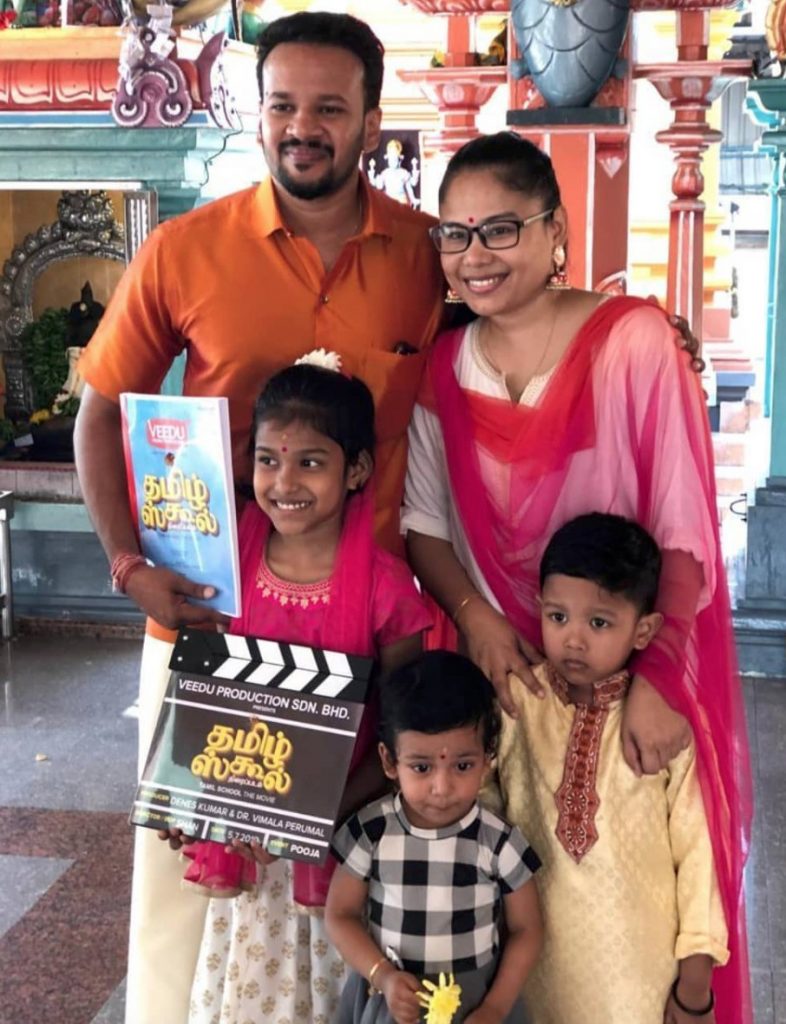 ‘Tamil School’ will be directed by Director Shan and boasts a talented cast that includes Denes Kumar, Yasmin Nadiah, Vidia Liyana and many more.