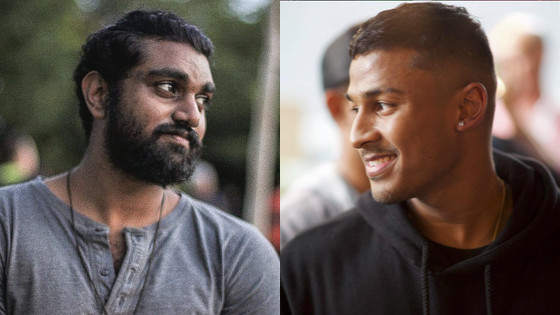 We sure love shows that capture the essence of being Malaysian and the great big melting pot of cultures and traditions that we are. In the past, TV series like ‘Pi Mai Pi Mai Tang Tu’ and ‘Spanar Jaya’ won over the hearts of thousands of viewers and remain forever etched in our memories.

Popular streaming platform, Viu Malaysia, has picked up an original series themed around the Malaysian lifestyle titled ‘Kopitiam: Double Shot’. Actor and theatre performer, Charles Roberts and digital content creator and influencer, Harvinth Skin, have been casted in significant roles in the series. The series, that is currently in production, boasts a star-studded cast with Rashid Salleh, Sharifah Amani, Douglas Lim and Melissa Campbell. Harvinth shared a candid photo of the crew in the dressing room to his 151,000 followers on Instagram.

Charles, who previously starred in other Viu Malaysia series such as Keluarga Baha Don and The Bridge, shared some of his experiences on set on Instagram. He posted a photo with Rashid Salleh, Sharifah Amani and Douglas Lim, and wrote, “When you’re sitting next to @thedouglaslim@sharifah_amani and @rashidsallehofficial you can’t help but smile!”