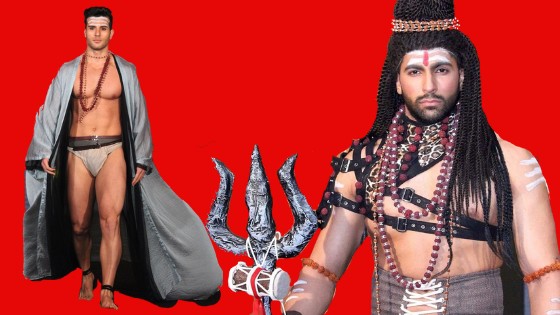 Over the weekend, a group of fashion enthusiasts came together for the Indian Fashion Festival (IFF) 2018 that showcased 4 local designers. The event was also graced by celebrity designer, Sidney Sladen and actor and Big Boss fame, Bindu Madhavi.

In the last couple of days, one particular renowned Malaysian designer has received backlash for the men’s collection that was featured at IFF 2018. Hariharan Arasu, who is a sought-after makeup artist and well-known local designer received lots of negative comments for his fashion line that was inspired by Lord Shiva.

The show started with 8 men, dressed in red Vesti and headgears, walking out to a Shiva mantra reciting over the speakers. All the men then sat in meditative poses and a model dressed as Lord Shiva walked out on the ramp. The model was in his element and played the role very well. Lord Shiva’s outfit, however, has angered netizens.

The model was seen strutting the runway in black briefs, wrapped in a pleated piece of cloth with belts strapped all over his body and  a pair of combat boots.

The model then sat at the stage end of the runway, while other models walked out in Hariharan’s clothing. The line featured ready-to-wear men’s clothes with earthy tones and hues of blue in the shape of vests, Harlem pants, shorts, and rompers.

One look that did not sit well with Netizens was a pair of briefs paired with a long flowy coverup top in grey. The look was completed with a few strands of Rudraksha garlands and belts.

Netizens took it to their keyboards to express their dissatisfaction on the portrayal of Lord Shiva in this fashion show. Here is what they had to say: 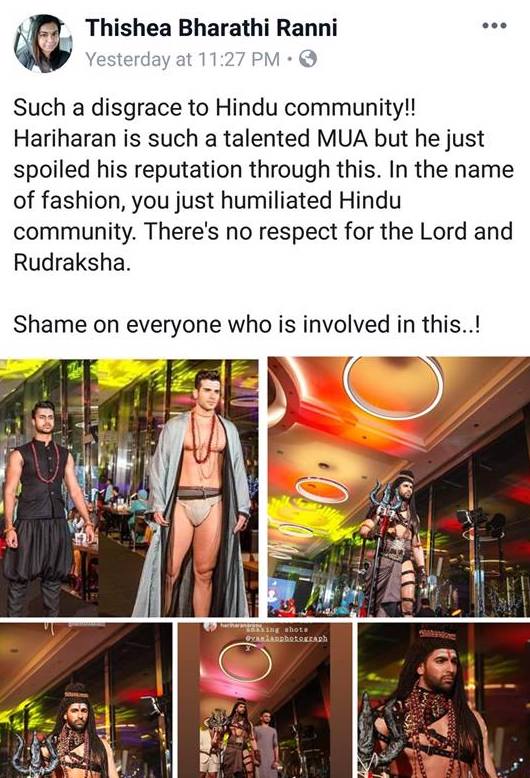 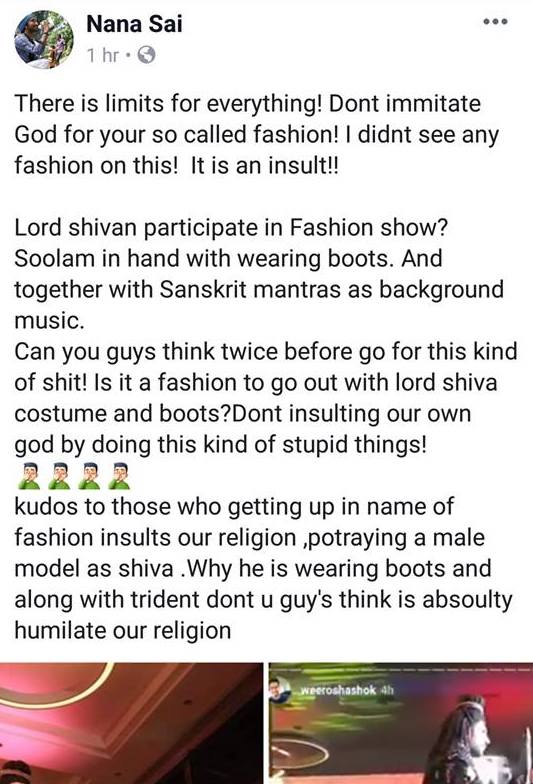 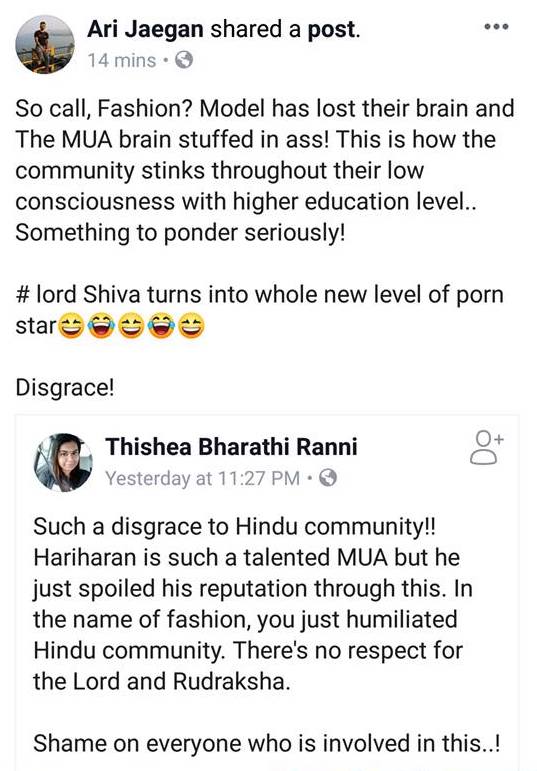 Hariharan has since issued a statement via his social media explaining how he was merely expressing his creative freedom in fashion and has always looked to Hindu deities and culture for inspiration.

In a world that celebrates freedom of expression, guarded by political correctness, which side of the story are you on?