The Kedah-born Suresh Selvathamby has made history by becoming the FIRST world champion in para archery when he won the men’s para recurve gold medal. Suresh made a victorious run at the World Archery Para Championships held in s-Hertogenbosch, Netherlands.

This win has also qualified Suresh the 2020 Tokyo Paralympics after reaching the top 16. Suresh entered the championships ranked just 35th in the world and he left as the world champion in his first championship participation.

When asked about his win, Suresh told a Malaysian daily, “I’m so happy. I don’t know what to say. I’m speechless. These are my first championships and I got champion”. 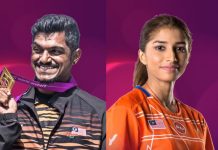