Rideshare passenger Carney Mak posted a picture of himself and Sateesh in the Johor Bahru Traffic, Crime, and Community Service Report (JB TRACER) Facebook group to express his appreciation towards his kind driver. The 31-year-old didn’t realise that he had lost his wallet until later that night, when he wanted to pay for dinner. 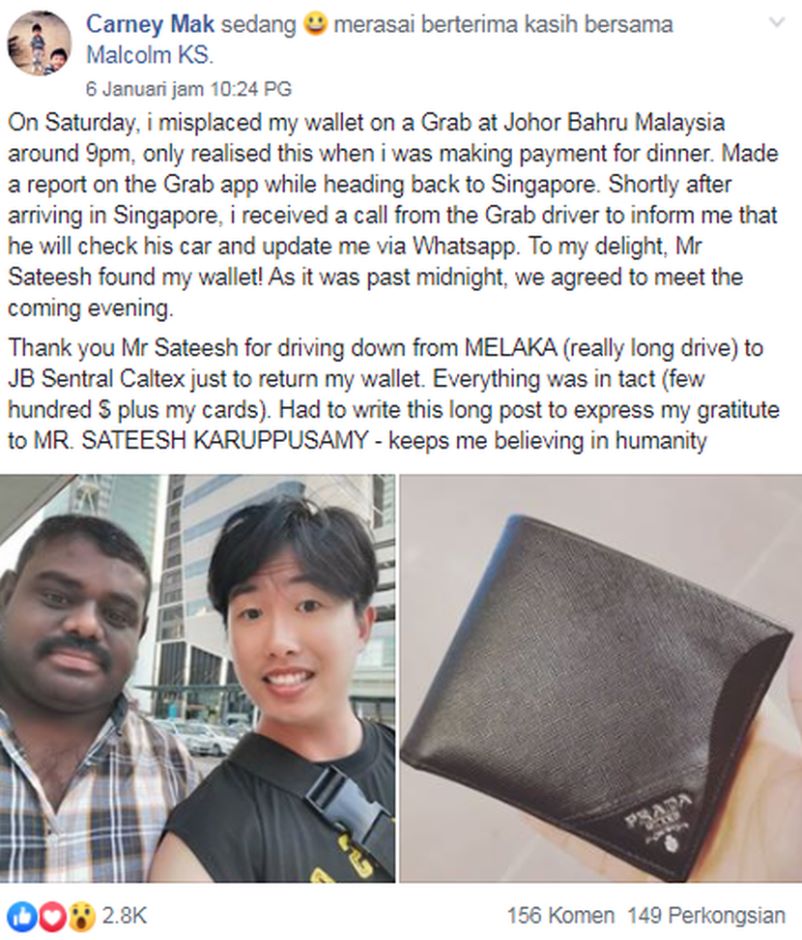 Mak said that Sateesh found his wallet and they both agreed to meet the next evening as it was already past midnight. The pair agreed to meet at the Johor Bahru Sentral Caltex petrol station and only then did Mak fing out that Sateesh had driven all the way from Melaka to return his wallet.

Mak has shared that this incident has restored his faith in humanity as most of his identity card and few hundred dollars was in the wallet. He also mentioned that he feels lucky that nobody else swiped his wallet.

This incident should be treasured as there are fewer and fewer honest people in the world.