Bhasha Mukerjee was crowned Miss England in 2019 has returned to the United Kingdom from overseas charity work to continue her career as a doctor amid the coronavirus pandemic. 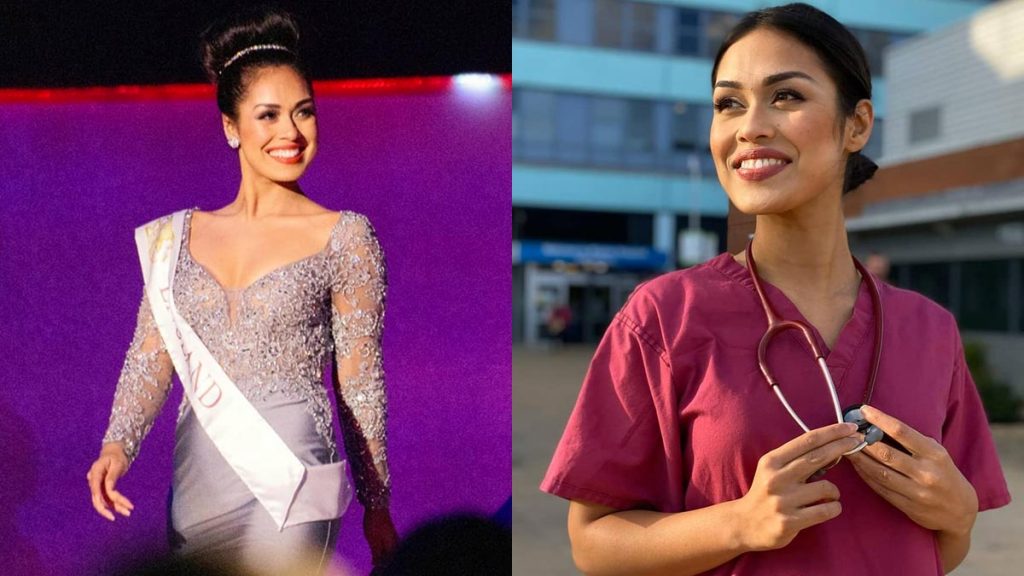 Bhasha Mukherjee took a career break as a junior doctor after competing in the Miss World pageant in December 2019. Mukherjee represented England at the pageant after winning Miss England.

She told CNN, “I was invited to Africa, to Turkey, then to India, Pakistan and several other Asian countries to be an ambassador for various charity work,”

At the beginning of March, the 24-year-old had been in India for four weeks on behalf of Coventry Mercia Lions Club, a development and community charity for which she was ambassador. They visited schools with donations of stationery, and also gave money to a home for abandoned girls.

But as the coronavirus situation worsened back home in the UK, she contacted the hospital’s management team to let them know that she wanted to return to work.

Bhasha Mukherjee is self-isolating for two weeks until she can return to work as a doctor at the Pilgrim Hospital. She specializes in respiratory medicine but said doctors are currently being rotated to wherever they are needed.