A single mother who breached the movement control order (MCO), was sent to Kajang Prison to serve the jail sentence for eight days since her sentencing on April 21. She has raised the question of why Datuk Seri Ahmad Zahid Hamidi’s daughter and son-in-law were sentenced to a mere RM800 fine each for the same offense.

B. Lisa Christina was arrested by police after she went to buy a packet drink and stopped to chat with three loitering Indonesians. She was initially sentenced to 30 days in jail, but had her sentence reduced to a RM1,000 fine.

In a Facebook post, Lisa pointed out that Datuk Nurulhidayah Ahmad Zahid and Datuk Saiful Nizam Mohd Yusoff’s fines were lower than hers. 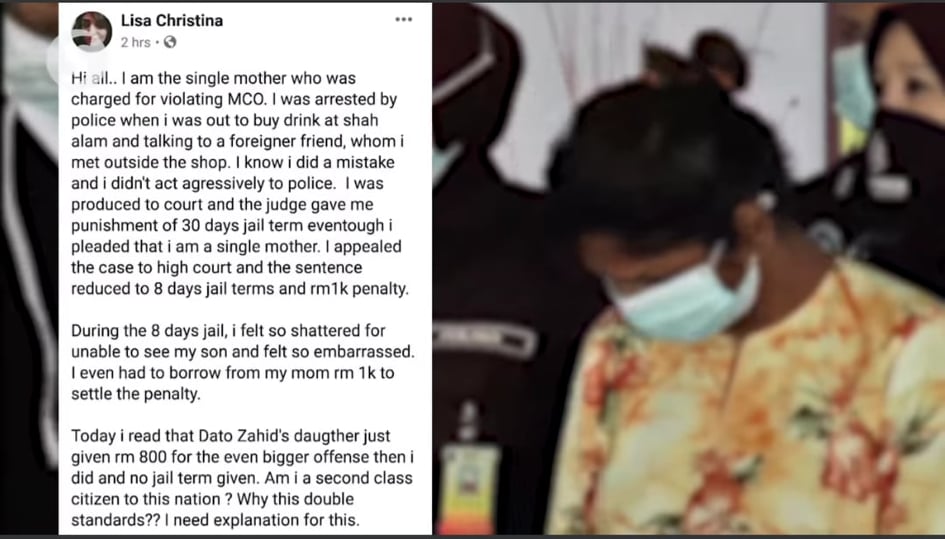 “During the eight days in jail, I felt so shattered because I was unable to see my son and felt so embarrassed. I even had to borrow RM1,000 from my mother to settle the fine, ” she posted on Facebook.

Lisa added that she read on Tuesday (May 5) that Nurulhidayah and Saiful Nizam were given a RM800 fine “for an even bigger offence”.

“Why are there these double standards? I need an explanation for this,” she asked on the social media platform.

Her jail term was substituted with the fine after the judge took into account that she was a first-time offender and had been in prison for eight days. She pleaded guilty to the charge under the Prevention and Control of Infectious Diseases (Measures Within the Infected Local Areas) Regulations 2020 carries a maximum fine of RM1,000, six months’ imprisonment or both if convicted.

The breach came to light after Nurulhidayah had posted pictures of herself and her husband with Deputy Environment Minister Ahmad Masrizal Muhammad and Minister in the Prime Minister’s Department Zulkifli Mohamad Al-Bakri on her Instagram account on April 20. 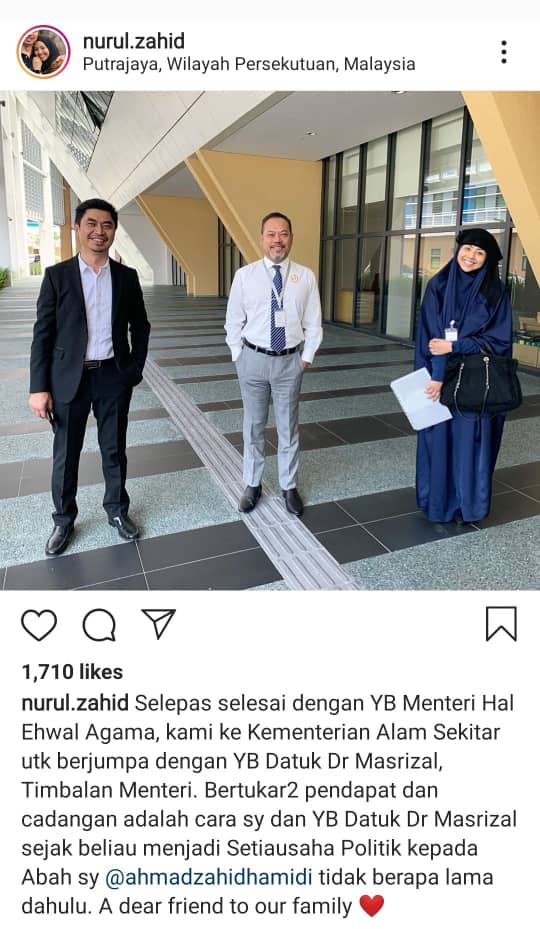 At his daily press conference, Defence Minister Ismail Sabri Yaakob said the government does not interfere in the judiciary amid questions about the disparity in punishments for violating the movement control order (MCO).

Haniff said the public had “a good reason” to be dissatisfied over the apparent discrepancy in sentencing for MCO cases, especially when comparing Nurulhidayah’s case with that of a single mother who broke the MCO when she left her place to buy drinks on Easter Day.

Senior criminal lawyer Datuk Baljit Singh Sidhu said the public could also write to the courts to call for a revision. “Anybody can write to the court, saying that they are dissatisfied with what is happening and seeking the court to look into the matter, ” he added. 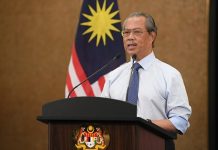 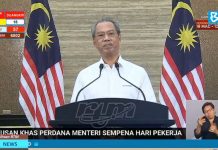 PM: Business Activities Allowed to Resume from 4th May Under Strict Guidelines 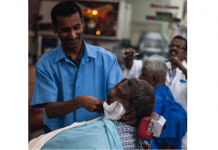 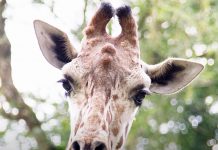 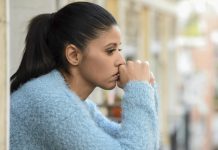 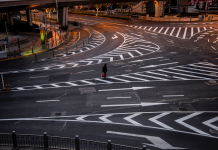