The news of famous YouTuber SuguPavithra has shattered us into a million pieces. Driven by envy of the wife’s popularity, the husband of the YouTube sensation has allegedly beaten up Pavithra at an open space.

According to a source, the argument between Sugu and Pavithra happened at the Raja Permaisuri Bainun Hospital’s (HRPB) parking lot at 10pm on Monday. (July 20th)

“The argument continued the following day where the man wanted to go to the hospital to find the wife’s sister. The man who was under the influence of alcohol had called up the wife’s sister to meet her but to no avail. This led the man to assault his wife.

“Around 5.54pm on the same day, the hospital’s guard house received a call from a nurse saying that a drunk man armed with a grass sickle was about to enter the hospital’s Obstetrics and Gynaecology Ward,” he said.

The source said the man was looking for his wife’s brother-in-law following family problems. District police chief, Assistant Commissioner A. Asmadi Abdul Aziz when contacted, confirmed the matter. He also said that an investigation on the case is being carried out.

The couple Twitter’s page was updated with this statement: 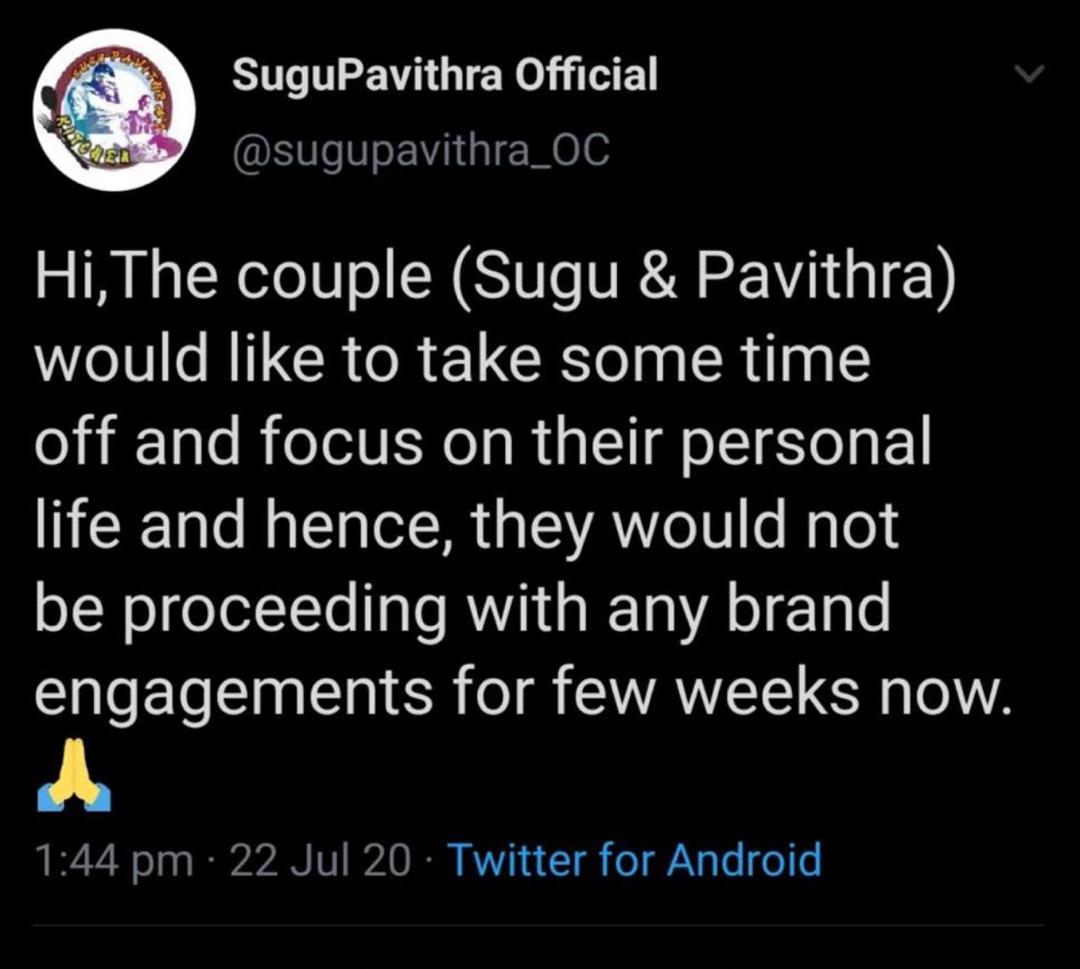 We hope that this matter is resolved amicably.
More updates to follow!
239
SHARES
ShareTweetWhatsapp