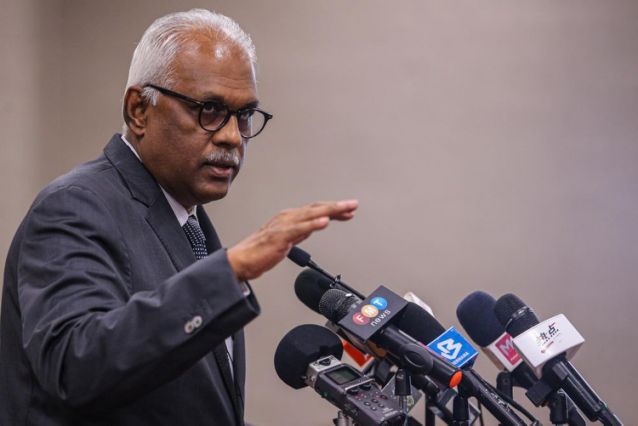 Malaysia has 527 Tamil primary schools and Sekolah Jenis Kebangsaan (Tamil) Saraswathy in Old Klang Road was the first established Tamil school in the country. This school has been operational for many years till date.

The estimated allocation for Tamil schools is just RM29 million compared to RM50 million in the previous years. It is understood that prior allocations were still inadequate, leading to poor maintenance and a shortage of amenities in Tamil schools.

Slashing Tamil School Funds isn’t Becoming of a “PM For All”
“Walk the talk”, “practise what you preach”, “actions speak louder than words”: you folks know the meaning, right?Well the Prime Minister and his government don’t. https://t.co/RxG32pBKo0@KemPendidikan @RadziJidin pic.twitter.com/1AcBnJvWVB

The politician found out that there are scarce computers in Tamil classrooms, broken chairs and desks, leaking roofs, broken toilets and other maintenance problems. Data collected from the Malaysian Indian Blueprint (MIB) indicates that 13% of Indian students drop out at the primary level, also partly due to the dismal state of these schools.

“On top of this the Ministry of Education (MoE) has not taken the impact of inflation and rising costs of living into account.”

“Most of the Tamil schools in Malaysia were built in the 70s and 80s. Almost 70% of the 527 Tamil schools are located in rural areas and they are in dire need of an upgrade and maintenance,” Santiago further stated.

On the other hand, the MP claimed that before slashing the allocations, the ministry did not come out with proper research on the status of Tamil schools in the country. It involves the facilities, building protection, maintenance schedule and other related details.

“Education is the only key to eradicating poverty among the B40 Indian families whose children in Tamil schools largely make up the student population,” he said.

Hence, Santiago called on the PN government to increase allocation for Tamil schools from RM50 million to RM60 million instead of finding excuses to slash it.