Six years have passed since the late veteran opposition lawmaker and politician Karpal Singh passed away. The country had mourned the man who was a great force that worked selflessly for the betterment of all Malaysians regardless of race nor religion.

Karpal was recently awarded the Darjah Utama Pangkuan Negeri (DUPN) prize posthumously which carries the title Dato ‘Seri Utama. The title was awarded during a ceremony to mark the 82nd birthday of Yang di-Pertua Negeri Tun Abdul Rahman Abbas at this year’s Inauguration of State Decorations, Medals, and Honors in Penang.

The ceremony was originally slated for 11th July but due to the Covid-19 pandemic, it was postponed to 21st November. 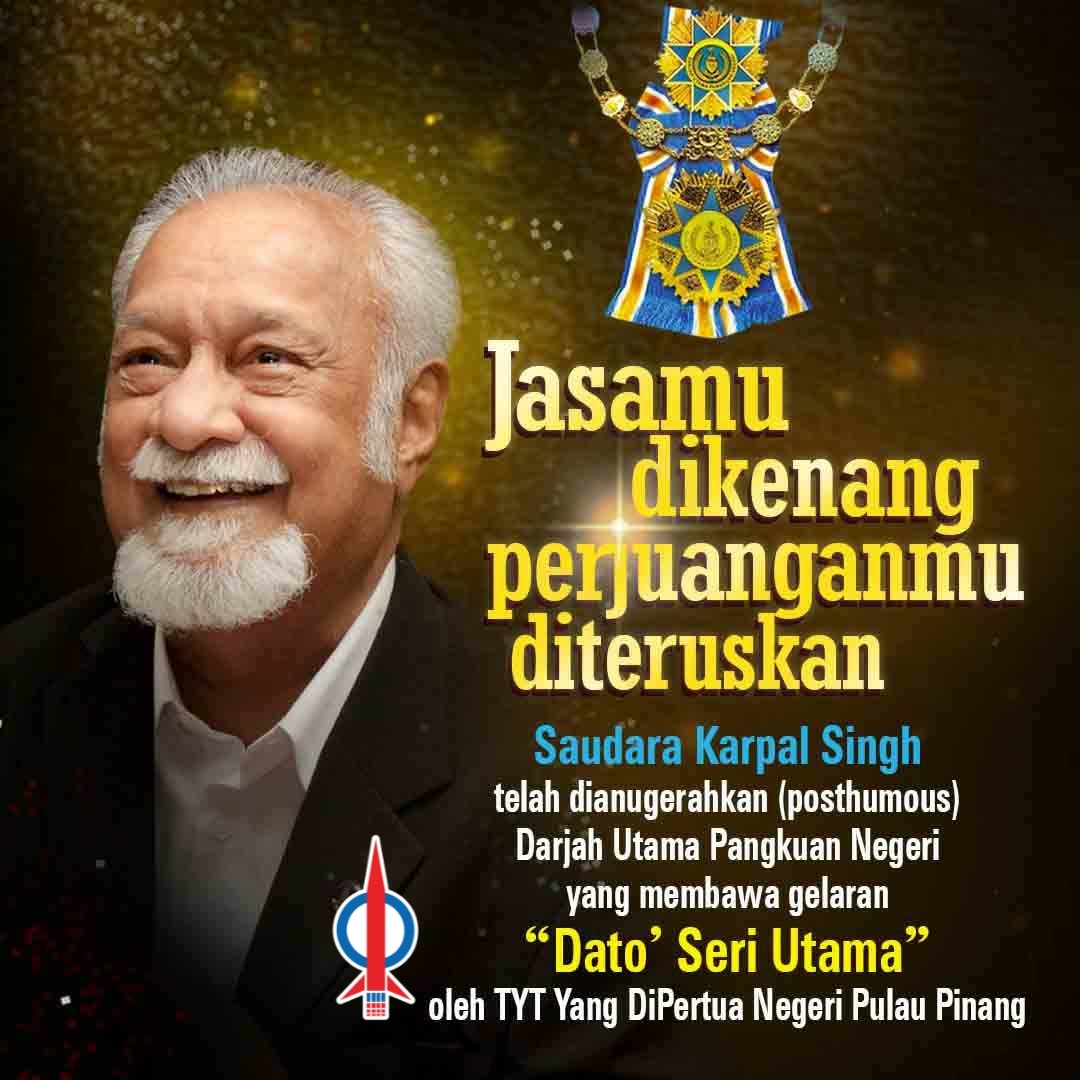 The Penang-born Karpal graduated from the University of Singapore with a law degree and entered the Democratic Action Party (DAP) in 1970. In the 1978 general election, he stood for parliament and won the Jelutong federal seat, which he retained for five terms and also gained him the nickname, ‘Tiger of Jelutong.’

Karpal held the Jelutong seat for over two decades before he lost in 1999, but returned back as Member of Parliament (MP) for Bukit Gelugor from 2004 to 2014.

The late politician was also credited for leading DAP to its strongest electoral performance during the 2008 General Election.

Karpal was also regarded as one of Malaysia’s most prominent lawyer, thanks to his fearlessness and integrity. He was prominent for taking over a number of high-profile court cases among them including Datuk Seri Anwar Ibrahim’s sodomy case.