Malaysia regularly bans books, movies and songs that may include sensitive, religious or sexual content, but critics say in recent times the government has been clamping down harder on the authors and their publication.

Referring to the book “Peichi”, the local Tamil author M Navin’s work has been banned believed to contain inappropriate content as described by the Home Ministry.

According to Navin, the 280-page novel is based on true incidents which focuses on the lives of Malaysian Tamils and and native Tamils from Tamil Nadu villages in India. At least 30 people died and others suffered from the side effects such as blindness after consuming illegally brewed samsu in Lunas, Kedah.

Apart from that, the novel also depicts tragedies which took place in 1981, 1991 and 2019, with a female protagonist as its lead character.

A rape scene featuring the main female character was the only “pornographic” moment in the novel, said Navin. In Malaysia, Tamil literature has not experienced active growth for the past 50 years, and is instead on the decline. As opposed to the popularity of international literature, Tamil literature has a long way to go in the country.

“I wrote about the depravity of disfiguring a woman who was looked down upon by her caste, colour and social status. This part has been termed as ‘pornography’.

“Most people read only a few lines, a few parts, and then comment on it,” he told Free Malaysia Today (FMT) in an interview.

Navin added that Tamil literature is too passive and inconsistent when compared to the development of international literature. 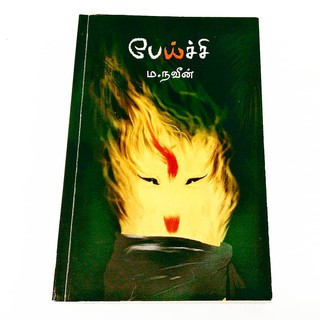 Shortly after the ban, Tamil authors and readers extended their support to Navin from all over the world. Vallinam (Malaysia) and Yaavarum (Tamil Nadu) publications have jointly published the book.

Tamil is one of the oldest languages in the world. In India, Tamil literature is highly acknowledged and appreciated by the Tamils and even non-Tamil communities in India.

Yet, in Malaysia, such beautiful and treasured content are banned with a baseless reason, for the so-called ‘pornographic’ element.

What do you think of the ban? Share with us your thoughts in the comment section below.

This is why I prefer to pay attention than get attention

PC: www.nmr.mgh.harvard.edu Paying Attention VS Getting Attention Attention. This word was definitely a trigger for me...

The horror genre knows no boundaries or languages. Each and everyone of us have our own mythology and horror stories,...

Thinking about how to spend your Sunday to unwind before the start of your week? Not to worry, there is...

Apart from the huge resurgence of female skaters, there’s another sport finally allowing women space to explore and thrive in....