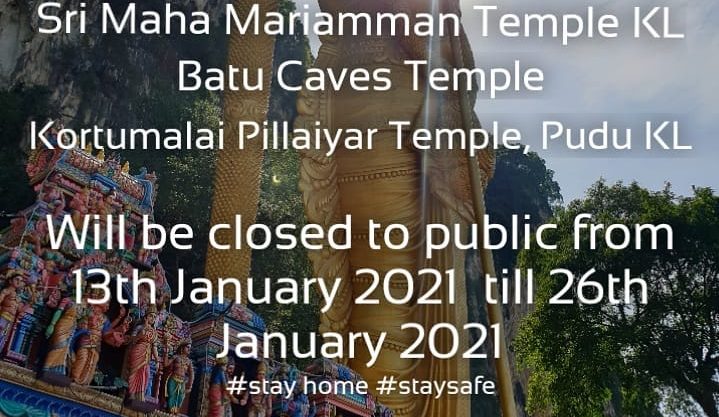 Three main Hindu temples including the Batu Caves temple falling under the administration of the KL Sri Maha Mariamman Temple Dhevasthanam will be closed in compliance with the recently announced movement control order (MCO).

The move comes in light after MCO 2.0 was declared on Monday (11th January) by Prime Minister Tan Sri Muhyiddin Yassin to tackle the increasing number of national Covid-19 infections. As recommended by the authorities, the temples will be closed to the public, tourists, and devotees from 13th January to 26th January.

The government’s limited travel order was applied by the Infectious Diseases Prevention & Control Act 1988 and the Police Act 1967. In addition to that, the order will see the restriction of movement for religious, sport, social, and cultural events, including gatherings.