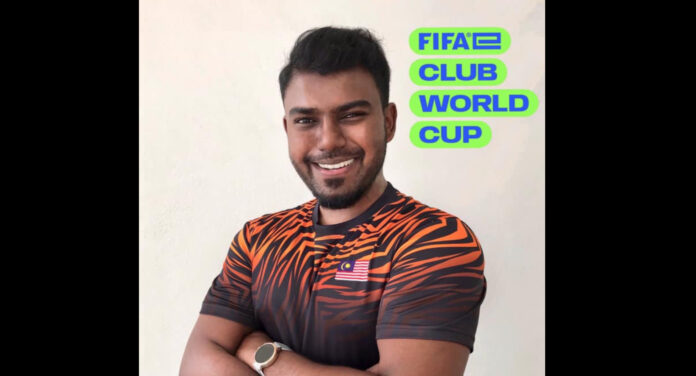 A round of applause to Malaysian-born, Matthews Izzac!

Matthews Izzac has been appointed as the first Malaysian Indian commentator for the upcoming FIFAe Club World Cup 2021.

Proud to call myself ” ANAK MALAYSIA”!

For Matthews, it will be his first stint at the FIFAe Club World Cup and he became the first Malaysian Indian to officiate as a commentator at the prestigious sporting event. The whole nation is delighted with the appointment of both Matthews and Hafiz.

Most of us have some dreams and ambitions on our minds; something that we hope to turn into fruition in the future or someone that we desire to be. But often these dreams are left unfulfilled.

Proud to call myself “ ANAK MALAYSIA”. Today is indeed a historical moment for my own country and myself. This is absolutely unbelievable and a dream come true after 7 years of hard-work! Glory to God.✨ pic.twitter.com/xsQ1l3FMvy

“I think it is possible for ordinary people to choose to be extraordinary”.

But for Matthews, he has proved that a strong determination can lead one to combat all the difficulties along their path and achieve all their goals. After hustling for 7 years, his sheer determination to never give up despite all the negative naysayers around him and his ultimate blood, sweat and tears has been paid off into something he truly deserves.

The Lord has fulfilled the desires of his heart and led him to his purpose in life. Well done Matthews!

In his own words on his Facebook post, Matthews said: “The best is yet to come! A lot more to achieve and a lot more to go! All praise and glory goes to God himself.”