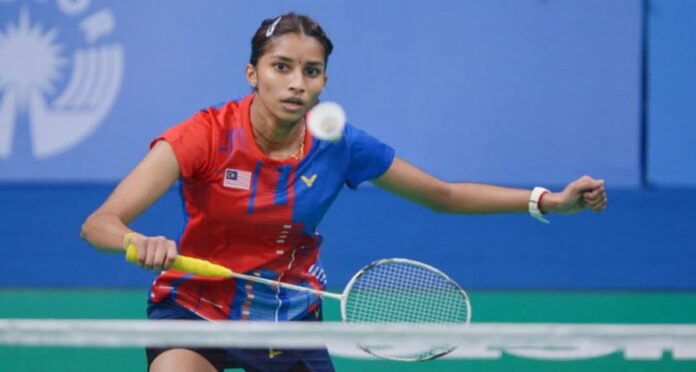 Whilst still, the World No 62 is only the second-highest ranking Malaysian, she will be at the centre of the badminton world after Badminton Association of Malaysia (BAM) had recently dropped No 32nd-ranked Soniia Cheah.

The first mission of Kisona is to break into the top 30 of the world Ranking before the end of the season.

After her two peak events last month in Bangkok, the 23-year-old believes in her capabilities as a national shuttler..

Kisona was initially defeated by India’s Saina Nehwal during the first round at the Yonex Thailand Open, but outperformed in the Toyota Thailand Open by reaching the second round of the game before losing to India’s reigning world champion P.V. Sindhu.

The Negeri Sembilan born is now in preparation for next month’s All England and Orleans Masters.

Kisona, who had initially travelled to Bangkok as a sparring partner said;

I was lucky to qualify for the two Thailand Opens. I was ready and did my best. As a shuttler, you need to be ready as opportunities may just come knocking on your door.

The shuttler hopes to start collecting valuable ranking points at the All England on March 17-22.

I’m currently No 62 in the world, and of course, it will not be easy to break into the top 30. However, I want to do it. That is my target for the year.

On whether being a No 1 BAM player adds pressure, Kisona added;

I don’t think it is pressure. It is a responsibility. To represent the country as the first singles player is a huge responsibility. I am ready for it, but I will have to work hard.

Playing in top-tier events allows me to gauge my performance against the best. I feel good during training, but that alone is not enough. I need to start proving my ability on the bigger stage.

Compatriots Lee Ying Ying and Goh Jin Wei will also compete in the Orleans Masters in France on March 23-28.