Two German Shepherds namely Mailo and Barny from the Johor Police Department’s K9 Team were among the 139 people who received the Johor Police Chief’s Award. Both of them were honoured with medals and dog biscuits.

KPL/L K. Thiruvickneswaran grew up without having a dog as a pet and was always frightened when it came to dogs.

It marks five years since he joined the police force and he managed to overcome his fears towards dogs when he was assigned to the K9 squad. 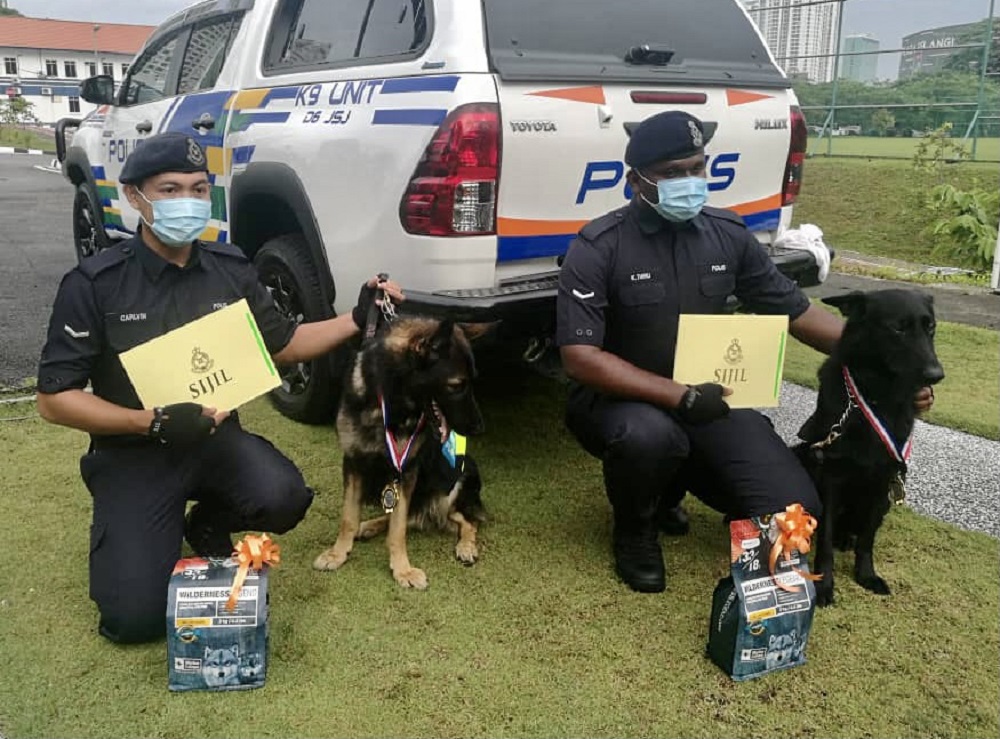 Mailo and another German Shepherd, Barny, had the most success after successfully locating the remains of a woman who had been killed earlier this month. The body was covered in a bedsheet and tied up inside a blue plastic barrel after the attack.

“To us, all the dogs who have served are heroes.”

The team has expanded to nearly 150 dogs, mainly from Germany and the Czech Republic, and also features German Shepherds, Belgian Shepherds, and Labradors. K9 dogs are usually sent to crime scenes to sniff for evidence when hunting for corpses and missing individuals.

The dogs are on standby for 24 hours every day, and have been serving for ten years before being sent to police kennels. The dogs are not allowed to be traded or put up for adoption under the law.