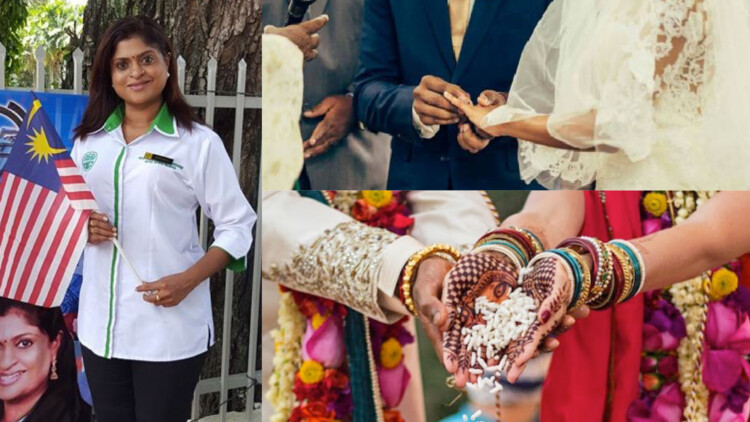 Mohana Muniandy, a former MIC Wanita leader, has started a petition to persuade Putrajaya to make pre-marital courses mandatory for non-Muslim couples in order to minimise the number of divorces in the country over petty issues.

She also wants the government to make it mandatory for non-Muslims to get a HIV test before getting married.

According to Mohana‘s petition on change.org, such courses will educate couples on married life and how to overcome disputes.

This is due to her argument that many divorces are the result of “petty reasons.”

Hence, the government should now make it mandatory for non-Muslim couples who want to marry in this country to take a pre-marital course and undergo HIV testing, she stated in her petition.

She told FMT that;

Couples should be taught about their rights, duties and responsibilities in a marriage.

By introducing this course, couples can better understand and be aware of the challenges they may face, and at the same time make them more open in entering married life.

I believe that when we know we want to spend the rest of our lives with someone, we should take sensible steps to ensure that all is in order before tying the knot.

Her efforts might result in some changes to the statistics reported. However, do you feel this is the only way to solve the problem?