A post mortem report revealed he had contracted the deadly virus. 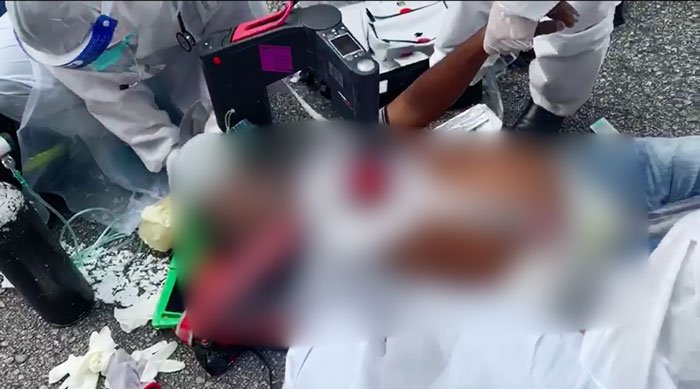 Many people may have come across a video of a man suffocating by the side of the road while a few health workers attempted to help him.

According to China Press’s report on 3rd August, a 49-year-old Indian lorry driver who’s name is unknown was struggling to breathe while driving. The driver became unconscious and fainted as he pulled over on the federal highway.

Looking at his condition, onlookers called an ambulance. The heavily armed medical team used equipment to perform CPR on him, but he was unable to recover and died on the spot.

His body was then taken to the hospital for a post-mortem examination, which revealed that he had contracted COVID-19. One of his co-workers tested positive as well. 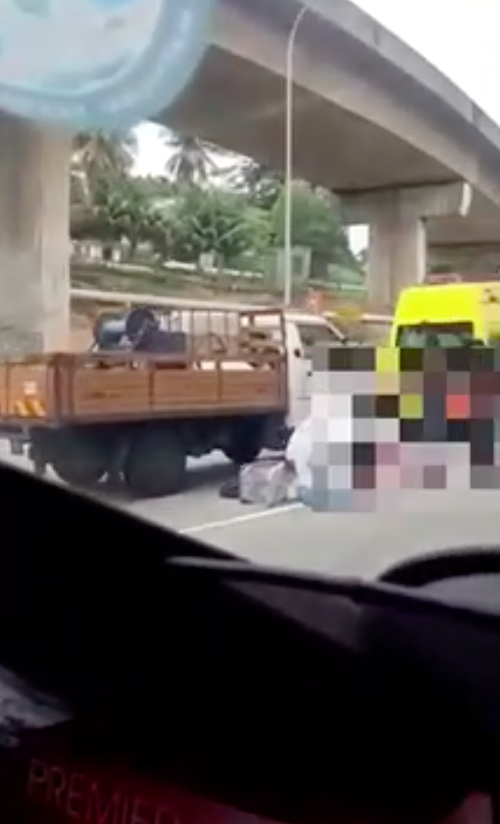 His wife and two daughters (7 and 10 years old) who live in Puchong have reportedly tested positive as well. They were ordered by the Ministry of Health (MoH) to self-quarantine at home.

But seeing the family’s situation is heartbreaking. The family has lost their sole source of income.

According to reports, he drove his lorry to work on the morning of the 27th of last month, but after driving two employees home, he notified the company that he had a stomach ache and some physical discomfort, requesting to call it a day.

However, while journeying back home via the Federal Highway, he abruptly pulled over due to breathing difficulties, and then lost consciousness, fainted, and died on the spot even when the medical team attempted to help him.

According to the driver’s female co-worker, he was a good husband who didn’t drink alcohol, had no bad habits, and had a clean bill of health.

She stated that the man had been with the company for over ten years and had always had a positive attitude at work. Every day when he got home from work, he would accompany his wife and his two kids. And now, his wife and daughters have suddenly lost support for their lives as a result of his sudden death.