Astro celebrates this National Day with the hashtag #KitaTeguhBersama, coinciding with the company’s 25th year of service to Malaysians. Astro will launch Astro 25 on Channel 100, with specially curated content featuring the best of Malaysian and Asian entertainment, premieres, blockbuster hits, and new documentaries from 16 August to 3 October 2021 on Astro TV, On Demand, and Astro GO, as an appreciation to all customers.

#KitaTeguhBersama represents the best of what we’ve seen in fellow Malaysians and continues to be the common value we need to unite, recover, and grow in these difficult times. Astro has carried out several initiatives in line with the #KitaTeguhBersama spirit including:

Astro also achieved its highest grossing Astro First movie of all time, Mael Totey, introduced local premium drama Megahit, Projek Anchor SPM, extended the Hantu Kak Limah universe with the hit Zombi Kampong Pisang and refreshed its drama slate to attract a new audience through the likes of Scammer and Ratu Ten Pin in the last 12 months. Along the way Rindu Awak Separuh Nyawa on Astro RIA became the #1 drama of 2021 and much awaited exclusives premiered such as Zack Snyder’s Justice League, Friends: The Reunion and the K-drama that had everyone talking, Penthouse. 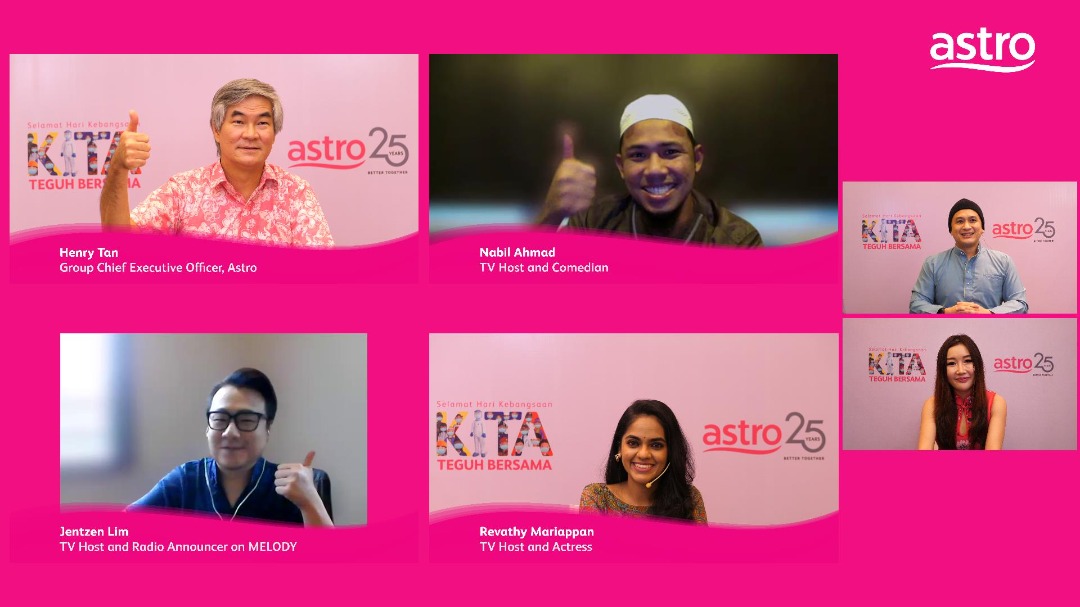 From the 16th of August through the 3rd of October, all Astro customers may tune in to Astro 25 on channel 100 to see fresh premieres;

Customers can also enjoy an incredible lineup of over 150 titles, which includes the best Malaysian and Asian movies, all-time favourite entertainment and reality shows, and more surprises to come. Take in some notable Malaysian films, such as Ola Bola, The Journey, Paskal, Polis Evo, and Hantu Kak Limah, which have achieved unimaginable box office success.

Premiering On Your Mark on Astro First

On Your Mark, director Chiu’s first film in China, will premiere direct to home on Astro First (CH 480) on August 26, 2021. On Your Mark chronicles the emotional journey of a father who is accompanying his physically challenged son in a marathon. In China, the film has amassed a total box office collection of nearly RM100 million.

Over the SYOK app and across the stations, Astro Radio will curate a special line-up that includes the best of 25 favourite hits, the top 25 Malaysian songs, and many more. RAAGA will also host a 90-minute National Day virtual concert on its Facebook page on August 31, 2021, featuring performances by renowned local artists.

Astro is humbled to have served Malaysians for 25 years and will continue its commitment to keeping Malaysia entertained and informed in new ways across TV, radio, digital and commerce platforms.  For more information on Astro’s 25th anniversary offerings and #KitaTeguhBersama campaign, visit www.astro.com.my/bettertogether

Astro Brings You Entertaining Shows While You Relax On The Couch

Feeling stuck because of the MCO extension? Astro has once again brought us new shows to keep us entertained. Zee...