Don't they know that it's wrong to detriment Malaysians by using such words, especially during the Merdeka month?

With so many current issues of attention today, the topic of RACISM is becoming a commonplace. A Muslim NGO has landed itself into hot water after their Merdeka-themed video with racist remarks sparked an online debate among Malaysian netizens.

In the 1-minute video, aptly titled “Mak, Dah Siap” depicts a Malay father disparaging Indians and Chinese and stereotyping them as gangsters and drunk drivers. To make the matter worse, the word *K..* has been used in the video and fortunately netizens spotted it in the nick of time before making its round on social media platforms.

Don’t they know that it’s wrong to detriment Malaysians by using such words especially during the Merdeka month? It seems like the ad might have been produced to purposely create racial discrimination amongst Malaysians. 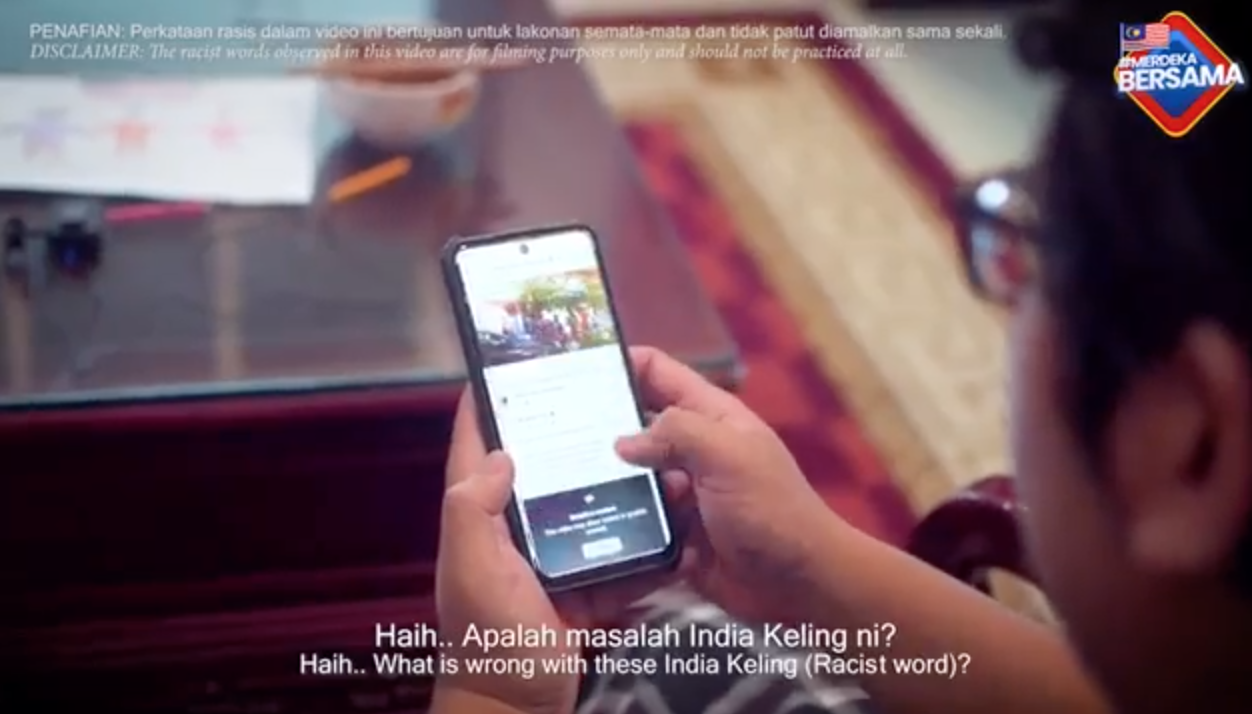 Since the video went viral on social media platforms, it has triggered an outrage among non-muslim Malaysians and action needs to be taken with immediate effect without any dilly-dallying against those who are responsible for creating this video. It’s unlawful to blanket preclude a person because of their race.

While the NGO removed the video from all social media platforms, here’s a quick look at the video circulating online.

And to our surprise, the well-known Malay-language daily newspaper, Sinar Harian logo also appears at the end of the advertisement, being one of the companies that collaborated along with the NGO. The mainstream media outlet has distanced themselves from the controversial video, stating they have no connection whatsoever with the ad.

Can they justify themselves over the media company’s logo at the end of the video?

Apart from removing the video, the NGO has stepped up and apologised for the inflammatory remarks in the video, claiming that the main objective was to instil patriotism. It was meant to illustrate the current reality amongst some Malaysians who prefer to label other races unfavourably.

It’s no longer enough to identify yourself as a non-racist person, instead it’s time to be anti-racist. Rather than putting race inequality under the rug and denying its presence, we must address it.

In keeping with the spirit of the forthcoming National Day, practicing racial unity is essential in a country rich in culture, history, and ethnic diversity. We are no longer in the colonial era (we have been independent for 63 years ), therefore let us make a conscious effort to deprogram any racist ideas and ideologies that still exist in our culture. Make a commitment to bettering yourself and others on this National Day, so that we may proudly represent our country.

Anyone who had to find a new place to live knows how overwhelming it can be. It takes time and...