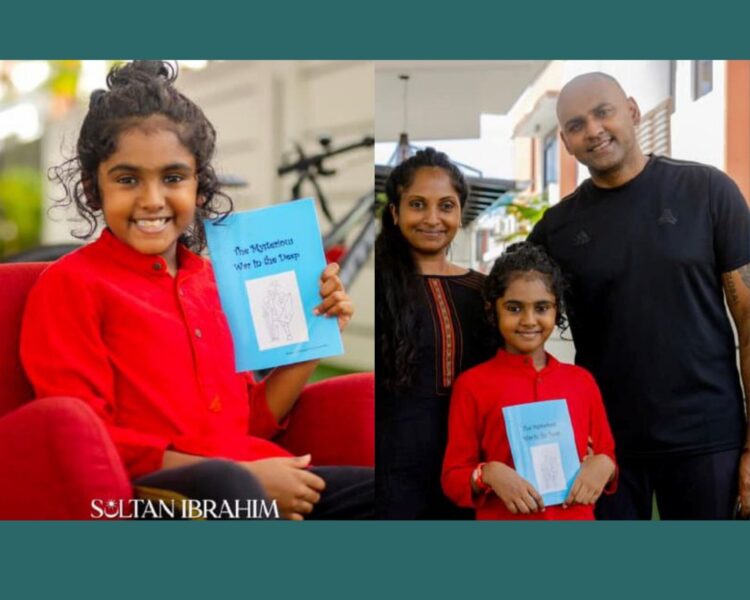 Called the generation Alpha, they are the children of the millennials and early gen Zers. These young minds are influenced by technology and a whole new world order and they happen to be making a difference at a very young age including embarking on charitable work among others.

One such big hearted boy is eight-year-old Krishh Haran Nair who impressed the Sultan of Johor, Sultan Ibrahim Sultan Iskandar by raising RM7,000 and donating the amount raised to the Sultan Ibrahim Johor Foundation (YSIJ), making him the youngest contributor to the foundation.

The boy spent a month penning a short story aptly titled ‘A Mysterious War to the Deep,’ which was originally an online assignment from his teacher and was later transformed into an e-book and print edition.

According to NST, R Jayanthimarlin, the mother of the little kiddo said it was a personal project for her son.

“When he was younger, he requested that my husband assist the less poor. Hence, we strive to support his pursuits as parents and have never stopped him from doing so,” she added.

Just one tiny detail – it’s nothing like a simple traditional fundraiser. Little did he know where these notable deeds would get him too. The youngster also expressed his desire to donate the work to charity.

Ramakrishnan Nair, his father said that his son is a kind-hearted guy who had always wanted to serve the less fortunate since he was a child. Such a beautiful soul with good heart.

The word was spread. Those who are interested in supporting Krishh Haran’s endeavour by purchasing his storybook may contact him via jayanthimarlin@gmail.com.