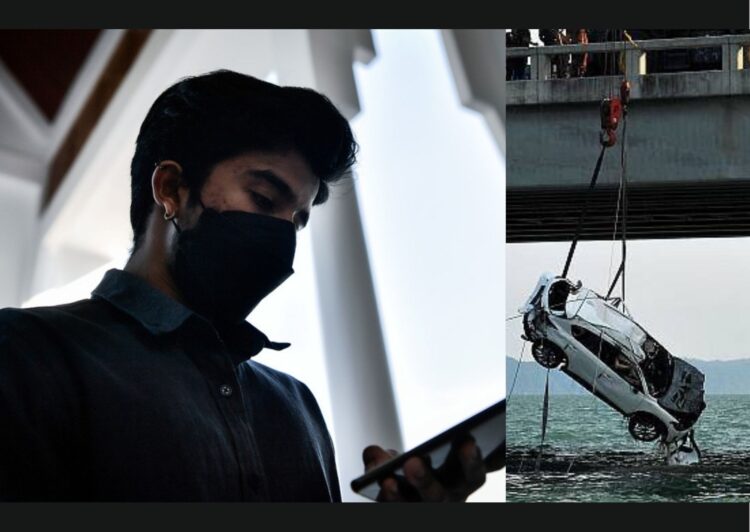 Vaitheswaran, a former hairdresser was sentenced to three years in prison by the Magistrate’s Court on 27th January, 2022, after the court found him guilty at the end of the defence’s case for causing the death of a college student by dangerous driving.

This 24-year-old lad was also fined RM10,000 and sentenced to a year in prison by Sessions Court Judge Ahzal Fariz Ahmad Khairuddin, who ruled as a Magistrate.

According to Ahzal Fariz, the prosecution was successful in proving a case against Vaitheswaran beyond a reasonable doubt.

After hearing all of the witnesses and statements from both the prosecution and defence, the court concluded that the prosecution had proven its case against the accused beyond a reasonable doubt.

“As a result, the accused is guilty of the accusation,” he declared before giving Vaitheswaran the chance to present his defence.

Vaitheswaran was charged with driving carelessly and murdering Moey Yun Peng, a college student who was driving an SUV that plunged into the sea from the Penang Bridge in January 2019.

On 29th September 2021, he was ordered by the Magistrate’s court to enter his defence for causing the death of a college student by his reckless driving.

Moey was trapped underwater after colliding with another vehicle at the Penang Bridge in a bizarre event.

Three days later, when the car was pulled from the waters, Moey’s body was found tied to the driver’s seat.

The cause of death was drowning, according to Dr P. Chandroth Navin of Penang Hospital’s Forensic Medicine Department, who conducted the post-mortem on Moey.

A passing vehicle’s dashcam captured the accident, which caused the SUV to spin out of control and skid off the bridge.

Please be a responsible driver and remember that your loved ones are waiting for you. With that in mind, please drive cautiously.

“Slow and steady wins the race.”