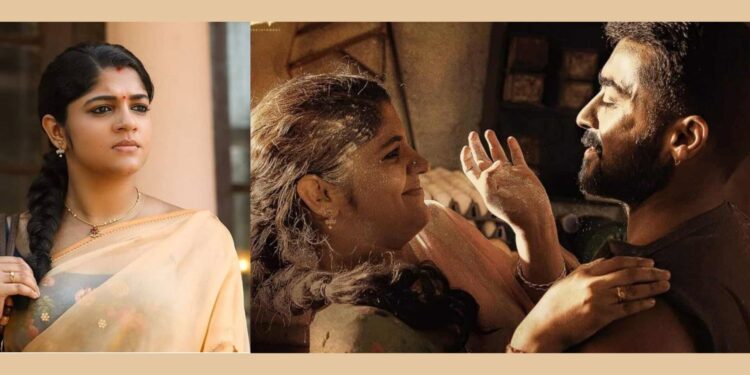 Soorarai Pottru is a film that received immense praises all over the world for its fantastic screenplay and story. Every aspect and emotion depicted in this film left a lasting impression on the audience.

We couldn’t help but enjoy every scene as the entirety of the film was packed with significant events.

Sudha Kongara is Picasso when it comes to meticulousness and creating characters for all her films.

Sudha Kongara’s Soorarai Pottru character has many redeemable characteristics, one of which is Bommi (Aparna Balamurali).

Bommi has huge ambitions, is proud of her business, and works hard to achieve her goals. Bommi has taught us many valuable lessons, both directly and indirectly.

Several scenes in the film depict her as being quite passionate about her rights and decisions. Let’s take a look at some of the lessons Bommi taught us in this film:

The movie concentrates upon Gopinath and his goals, but it doesn’t neglect to mention his wife’s actual achievement in starting her own baking business with significant hard work and talent. Her determination to start her own business and make it huge, as well as her never-say-die mentality, were noticeable.

Even after her marriage, when she grew more prosperous, it didn’t seem to stop her. She even opened a new branch of her bakery.

This reference defied the assumption that women must sacrifice their aspirations and careers for the sake of their partner and family. Instead, Bommi went on to illustrate and prove to society that women require a profession and that a self-employed career is essential.

Throughout the film, Bommi and her husband, as well as her parents, would stress the need of equality. “Dreams for both of us, we need to work hard and make it big in our careers,” “It’s not your money, it’s our money,” and so on. This dialogue portrays love and feminism at the same time.

She says it with deep affection, but she also instils confidence by suggesting that using her money in times of need was not an issue. There was a scenario in this film where Bommi would offer a down payment to help her husband start his company.

This incident defied the assumption that only a man’s money is accessible for any financial necessity or crisis. Feminism is all about equality, and sharing resources is a big part of it.

The couple’s romance was unlike any other typical romance we’ve seen in the movies; it was filled with sacrifices and passion.

Bommi loved her husband so much that she never left his side. But it didn’t stop her from pitching her business idea to her husband and striking a contract. She was so tenacious that she would even wonder whether he offered her the position just because she was his wife.

Such highlighted their chemistry and the maturity of their partnership. They not only started great businesses by themselves but also partnered together.

Bommi never gave in to the continuous pressure from her family and society to marry and give up on her dreams. She persisted in pursuing her ambition of owning a bakery. Without anyone’s help, she continued to experiment with new recipes, start small businesses, and advertise her business on her own.

When she had to move to a new city following her marriage, she didn’t stop; she used it to her advantage. She created a second business in the new city and secured more orders.

She was new to the city and the business community, but she quickly learned to develop new chances for her company to explore and grow. These events shouted her determination and drive to succeed, and she did!!

Bommi’s character proved to the entire world that everything is possible if we set our minds to it, and that success would surely follow us.