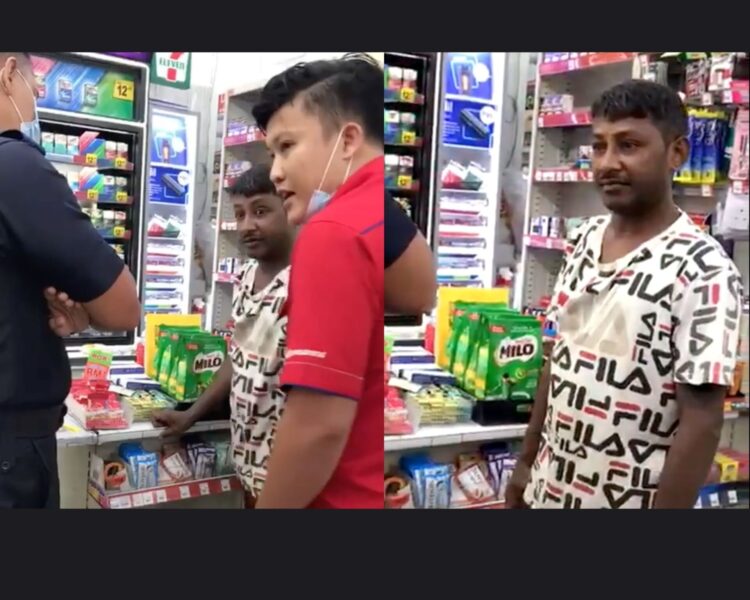 A leaked video of a foreigner being beaten up has gone viral on social media, prompting netizens to ask for police intervention.

The 36-seconds video, which was posted on David Marshel’s Facebook page yesterday, showed a foreigner being mercilessly whipped, beaten and kicked by a man, believed to be a RAPID KL staff and also auxiliary police officer. Making matters worse, the man seen in the video was disguising as a police officer.

The video has garnered more than 163,000 viewers and it has sparked outrage among netizens since it was uploaded across social media platforms. Besides that, netizens have also began questioning on the ethics of the men resulting in negative repercussions.

There were many more comments from Facebook users who slammed the Rapid KL staff as the writer thinks that the incident should have been handled in a different manner by helping the man pay for the Maggie Cup, it doesn’t cost much.

Abusing is no longer a joke man. It should not be made light of in any way!