Kalakalappu 2: Only If You LOVE Slapstick Comedy & Think Jiiva Is Cute 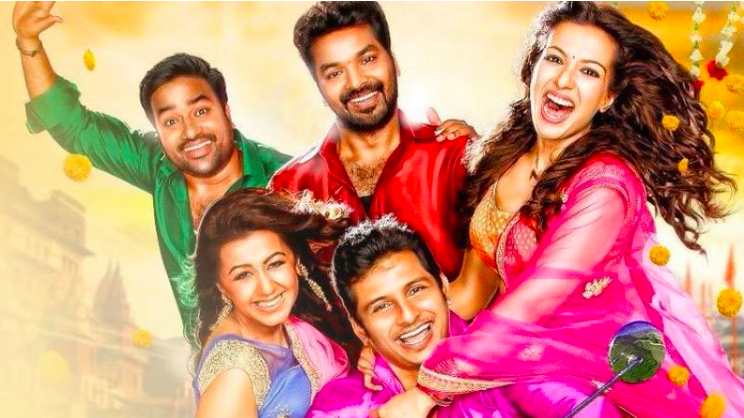 Because there really isn’t any other reason to watch this movie.

Sundar C tried to outdo his hit film Kalakalappu (2012) with a trio of Jiiva, Jai, Shiva – but it turned out to be a mindless mess of a movie.

Basically, the movie is about Raghu (Jai), who travels to Kasi in search of his ancestral property. There, he bumps into Seenu (Jiiva), who operates a run-down holiday mansion and cheats customers with below-par services and amenities. As it turns out, that very mansion is the ancestral property that Raghu is looking for.

At the same time, a politician loses a briefcase with a laptop containing all his private and confidential information. The laptop is supposed to be safe-guarded by his auditor, but the auditor decided to turn against him and blackmail the politician for money instead. And then comes Shiva, who is introduced as a master con-artist. Shiva swindled money out of Seenu and Raghu, and the duo assist Shiva in a heist to get their money back. All three somehow get tangled up with the politician and his auditor, as they fight to get the briefcase so they can get the ransom.

Aside from Shiva’s witty one-liners delivered with a poker face, there aren’t many laugh-worthy moments in the movie. Even in the cinema full of people, laughter is only heard intermittently.

However, it has to be said that Jiiva, Jai, and Shiva all performed their characters to their best ability – despite the weak writing by Sundar C. Catherine Tresa and Nikki Galrani (Seenu and Raghu’s love interest) are there more for arm and eye candy purposes rather than anything else.

Songs numbers are lively – thanks to Hiphop Tamizha. 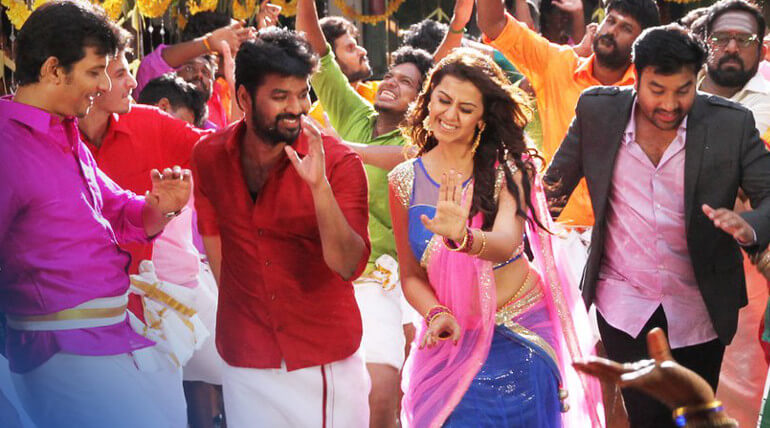 The movie operates mostly on the absence of logic and relies heavily on the star-studded cast to deliver their charms to their audience. In fact, Shiva even speaks to the audience at the end of the film, proudly claiming “Don’t look for logic in a Sundar C film!”

All said and done, it’s honestly not something you can watch more than once. The movie also drags on longer than necessary.

TLDR: Watch this movie only if:

2) You think Jiiva is cute or Shiva is charming

3) You think Catherine Tresa is hot