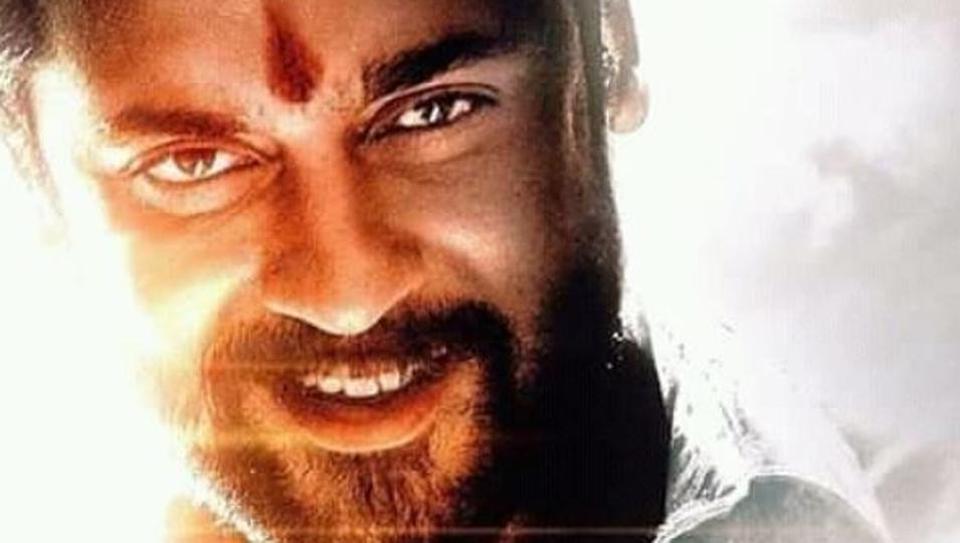 Midway through the movie, right about when Nanda Gopalan Kumaran (Suriya) started furiously kicking the potted plants and cabinets in his house, and Sai Pallavi’s character suddenly morphed into Jyothika in Chandramukhi, I pencilled VERY CONFUSED on my notebook. It was also the point where I stopped trying to convince myself that writer-director Selvaraghavan had crafted an intriguing, tonally-unique, genre-subverting piece of cinema and accepted that NGK is, in fact, a bland, tonally-deaf, incomprehensible mess. I can’t believe we’re talking about the director of Pudhupettai (one of my favourite Tamil films ever) and Mayakkam Enna.

I wasn’t confused because I didn’t “get” the story. I did. It’s a tale of a small town, patriotic organic farmer who enters politics in hopes of making a difference in his country, only to realise that it’s so much more complicated than that. The system is corrupt from the roots in the ground right up to the leaves at the top, with parasites clinging on to every branch. NGK is also a reflection of Tamil Nadu’s real-world political climate since the 1960s. There are two parties with loads of alphabets in their names (very much like DMK and AIADMK) that take turns to reign supreme over the citizens of the South Indian state of Tamil Nadu. Both are corrupt and mostly useless. Our fiercely patriotic hero has a long, uninteresting name but sounds like a firecracker in short — NGK, much like MGR in real life. At one point he even walks through the muck and climbs up the stairs as the camera looks up at him in adoration; we see a billboard of MGR in the background (this wonderfully crafted short sequence is one of the only few moments in the film that deserves applause).

I was confused because the character writing is astonishingly and laughably bad. None of their motivations nor the way they react in any given scenario makes a load of sense. It feels as though the highly talented actors themselves were confused on set, unsure of their arcs nor the tone of the film. Take NGK’s father played by the talented veteran Nizhalgal Ravi. He spends most of the film in complete silence, listening to his son, wife and daughter-in-law bicker at each other. He doesn’t say a word. You can probably guess that there would eventually be a scene where he breaks his silence in anger/disappointment or provides important advice that serves as a turning point to Nanda Gopalan. But not in NGK. Not in a movie that plays out as if tens of pages of the screenplay have been ripped out and put in a shredder. Out of nowhere, it’s revealed that Nizhalgal Ravi’s character was formerly — and judging by NGK’s surprise, secretly — a high ranking military officer. He calls his friend on a secure line to dig out some information. What information? We don’t know. But we do know that it doesn’t affect the story, nor is that subplot brought back again.

Rakul Preet Singh is introduced as a highly intelligent Public Relations officer working for the Chief Minister. Later, she’s reduced to a hot girl in a duet dance number. But among the supporting characters, it’s Sai Pallavi who seems to have drawn the shortest straw. At the start of the movie, she’s packaged as a strong-willed woman who embodies the phrase, behind every successful man, there’s a woman. She stands up to her traditional, old school mother-in-law who gets angry at NGK for leaving his corporate job to work on a farm. She supports NGK’s interest in politics. But a couple of scenes later, she turns into a complete psychopath who accuses her husband of cheating simply because he smells of perfume.

Later, it goes completely of the rails. An actual scene from the film:

Sai Pallavi’s character: YOU’RE CHEATING ON ME RIGHT?!?! ADMIT IT!!

NGK: *Starts breaking things in his house* Yes! Yes! I’m having an affair.

Sai Pallavi’s character: *complete Chandramukhi over the top transformation* No no. My lovely husband wouldn’t do that. You’re a good man.

You’ve probably heard the term loosu ponnu. It’s used to describe heroines in Tamil movies who don’t add anything to the film beyond serving as arm candy and making dance appearances. Sai Pallavi has proven to be a rare and gifted performer who in Maari 2 was able to elevate what could’ve been a regular loosu ponnu role in a mass-masala. There, she almost steals the film from even Dhanush. In NGK, Sai Pallavi is literally loosu.

The problem, once again, isn’t with the broader story beats. A subplot about a calm and resolute wife who loses her patience with her husband’s misbehaviours is worth exploring. But Sai Pallavi’s character doesn’t get an arc. There is no escalation of conflict. In fact, we don’t even see NGK cheating on her (though, if we squint really hard and fill in A LOT of the blanks, we can draw that conclusion). So she comes off a stereotypical “emotional bitch.” Coming from any other director, I would’ve just rolled my eyes. But this is Selvaraghavan we’re talking about. A filmmaker who spent the entirety of his career penning supporting female characters with wonderful arcs and do compelling things. Think of Sneha and Sonia Agarwal’s character in Pudhupettai. Or maybe Andrea and Reemma Sen’s in Aayirathil Oruvan. So, it’s difficult to just shrug my shoulders and roll my eyes. It’s soul-crushing to watch Sai Pallavi and Rakul Preet Singh here.

NGK himself gets the best character writing. But even then it isn’t so much of an arc, but rather a compilation of scenes that are awkwardly patched together. There is some excellent stuff in the first half. NGK learning how to play the political game and outmanoeuvring his superior is both hilarious and smart. In a regular masala film, you would think that it’s going to be about NGK scaling the political ladder and vanquishing the bad guys. Because it’s a Selvaraghavan picture, you think maybe it might be about NGK scaling the political ladder only to lose himself and his morals in the process, becoming another cog on a wheel he aspired to break. But it’s neither. Or at least, it isn’t fleshed out.

At one point, Rakul Preet Singh’s character dislikes him. Later she chooses to help him because… he’s hot? Then he asks her for extra pointers. Then it’s said that he has betrayed her, but what exactly did he do? We do not know. One scene, everybody thinks he’s dead. Where is the follow-up moment where the villagers are in shock to find out that he’s still alive? It’s missing. We cut straight to the song (which in and of itself, is an absolute banger by Yuvan Shankar Raja). A sequence that’s supposed to be rousing and whistle-inducing falls flat.

Nothing is worse than the pre-interval head-scratcher. NGK is protesting about *confused*. The group gets beat up brutally by cops but they do not waver. This is an unbending group of youth politicians and supporters! Suddenly there’s smoke. Not tear gas, not smoke bombs discharged by the police, but regular smoke. For whatever reason, now everyone, including the police officer is afraid and they run away. And apparently, the smoke is as thick as a burning building that manages to block the vision of everybody except the audience’s when we cut to a wide shot. This gives NGK and his good friend the time to have a melodramatic sequence that goes on and on and on. It’s odd and once again, tonally jarring. The smoke dissipates the same time as the melodramatic scene concludes. None of it makes sense. All of it is utterly bewildering.

There is some greatness in the film. Suriya delivers his best performance since 2008’s Vaaranam Aayiram. Despite working with less than stellar material, he’s is a riot and the glue that holds the film together. Yuvan Shankar Raja’s music is also solid. And there are some shots that are magnificently envisioned by Selvaraghavan and photographed by Sivakumar Vijayan (Iraivi, Irudhi Suttru). But overall the film is stale, an adjective I never thought I would use to describe a Selvaraghavan film. His films are usually dense and rough around the edges. They make you feel uncomfortable and sad. They break your heart and provoke deep thought. In the case of Irandam Ulagam, at least it was a huge swing and a miss — a weird, experimental film. But NGK is a semi-mass movie with no mass. It’s as if Francis Ford Coppola of The Godfather went on the make a crappy dramedy with Robin Williams and Diane Lane. Wait, that actually happened.