What happens when nature decides to exterminate wicked humans?

Supernatural thrillers are rare in the Kollywood movie industry. But, the nature element used in the screenplay and portrayed via the lens in Boomika is simply amazing. Director Rathindran R Prasad deserves a pat on the back for a script that has an unfamiliar story with interesting twists and turns.

Touted to be an eco-horror thriller, Boomika kicks off with a great start including an intriguing idea and a vital message at a time when our mother earth is suffering from global warming and other environmental concerns.

What if nature itself became a phantom? Or, to put it in another way, what if humans are wicked and nature must exterminate them?

The film encapsulates the journey of a young couple, Gautham (Vidhu), Samyuktha (Aishwarya Rajesh), and their son Siddhu, who moved into an abandoned school building with a sole purpose of renovating it into a residential complex. They’re joined along with Gayathri, Aditi, and Dharman who played pivotal roles in the film. However, strange occurrences start to happen as the sun goes down. The rest of the movie revolves with what and how they manage to get out from the haunted house.

What really makes you hooked on your screen is the sequence of flashbacks or otherwise — when you’re totally immersed in the movie. The way the mysteries take place adds to the confusion and makes the narrative interesting. There are no extraneous tunes or conflicts that detract from the tempo. Not to forget the cinematographer Roberto Zazzara who’s the man behind the breathtaking visuals of Ooty hill stations. 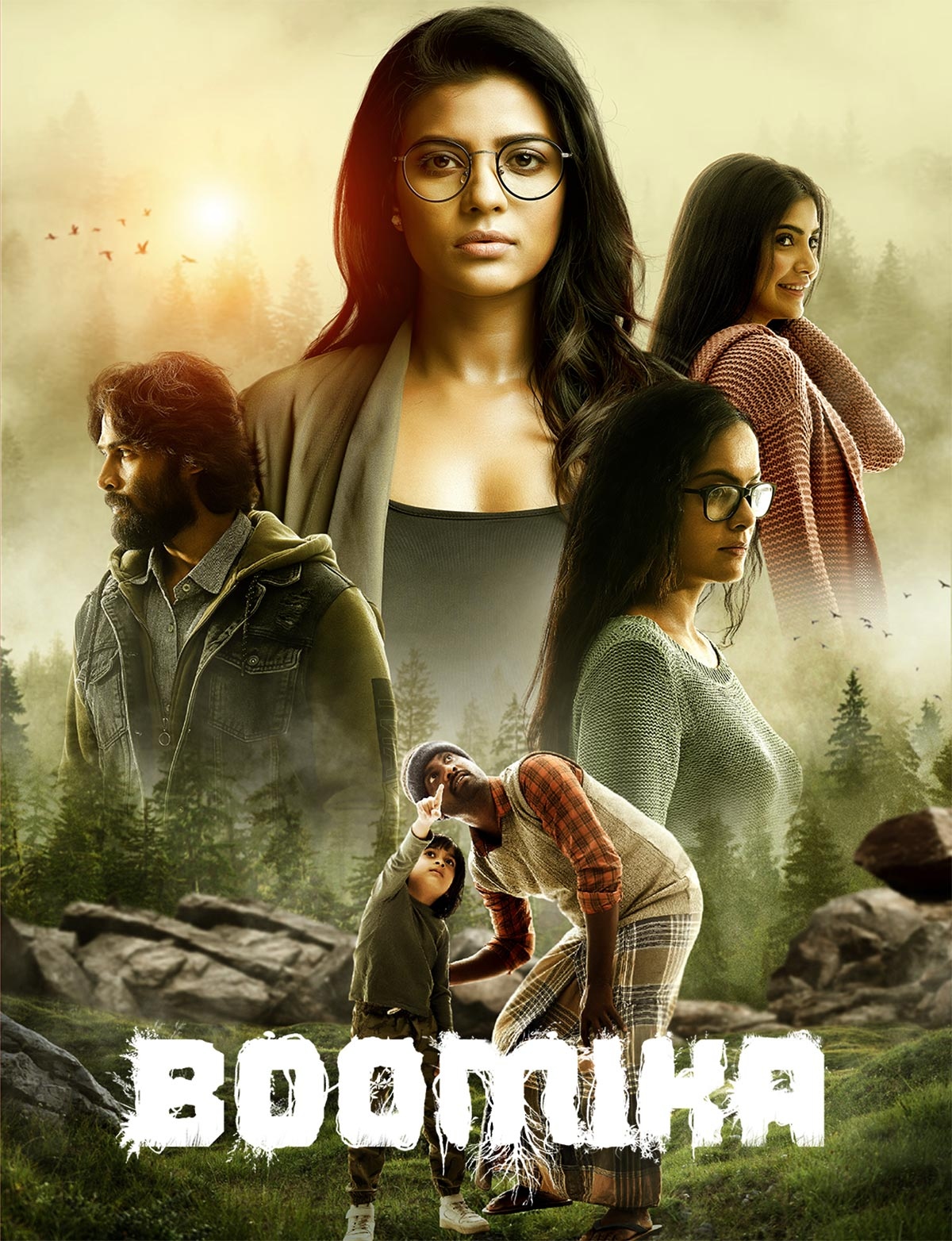 From my take, I felt that it’s a logical horror film that questions who’s the most wicked when it comes to the destruction of earth. Instead of portraying a traditional narrative of horror and vengeance, the flick narrates a tale about nature defending itself, but it becomes a bit preachy in the process, and the message eventually falls flat.

Though infusing this screenplay with horror elements is intriguing on paper work, it doesn’t transmit well when it comes to visuals – for instance, the ghost sequence at the climax falls flat and seems to have no effect to the audiences. It seems the climax part was predictable, yet doesn’t rely majorly on thrills.

Despite the flaws, Boomika is a whiff of fresh air which certainly deserves praise for spinning the horror genre on its head. Worth watching it for once!

Boomika is streaming on Netflix now.

Thittam Irandu; A Slice Of Harsh Reality With A Strong Social Message!

When you least expect it, expect it. This goes for both love & crime. Thittam Irandu or Plan B, a...