Anjali is his love interest whom he tries to win over with a particularly comedic ‘romantic look’. The actress plays her usual character, one that argues with the male lead relentlessly only to fall in love with him under an umbrella in the next scene.

It is revealed that Vijay Sethupathi’s character is hearing impaired, and he comes face to face with a Thai don. Yup, from Thailand. Sindhubaadh was actually filmed in Thailand for about a month. It will be interesting to see how our neighbour up north is portrayed on a Tamil film screen.

Sindhubaadh releases on the 21st of June. 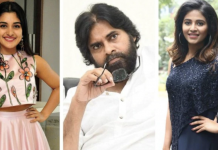 Nivetha Thomas And Anjali In The Telugu Remake Of Pink Titled ‘Lawyer Saab’! 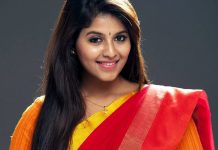 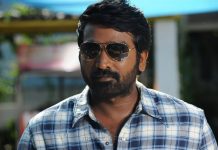