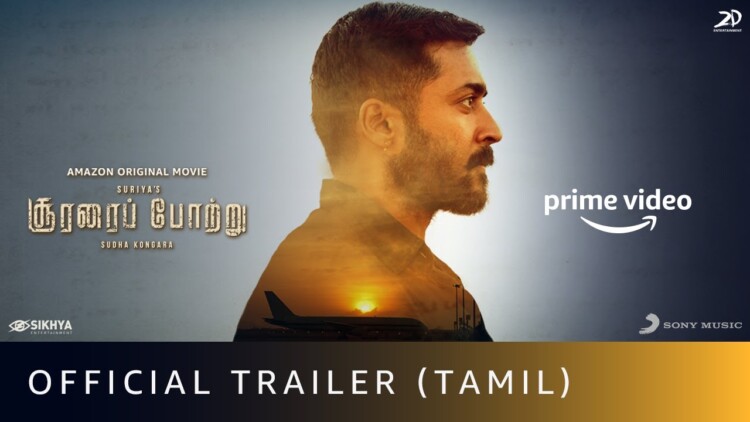 This movie is much-anticipated by Suriya’s fans and many have been patiently waiting for its release date and updates. Well, stay tuned with your popcorn ready, the team has launched the trailer for your ultimate viewing pleasure. It is confirmed that this movie will be making a world premier on 12th November, on Amazon Prime Video. This movie depicts a storyline revolving a classic tale based on the book ‘Simply Fly’, a biopic of India’s Air Deccan founder, G.R Gopinath. Moreover, it was discovered that some events were influenced by his life. The film is produced by Suriya’s 2D Entertainment and co-produced by Guneet Monga’s Sikhya Entertainment. The movie, directed by Sudha Kongara, was originally scheduled to be premiered on Amazon Prime Video on 30th October, but on Twitter, the actor posted that the film’s new release date will soon be confirmed.

The theatrical release of the film was postponed several times due to post-production delays and the COVID-19 pandemic.

Although the release of the movie was delayed, the team managed to please waiting fans with several songs, including Veyyon Sili, Mannurunda, Kaatu Payale and Aagasam composed by G. V. Prakash Kumar, working for the first time with Suriya.

Hence, to quote Suriya, lets fasten our seatbelts and get ready for Soorarai Pottru’s take off on 12th November! Bon Voyage!